Since this update installed, my Model Y has not been able to "sleep" . I've checked and turned off various options such as security modes, done the two-button reboot. I use teslafi, and have tried resetting the token, everything I can find mention of in other threads up here. Removed the schedule to prepare/condition at 6pm when I leave work. No solution yet. Wondering if anyone else has run into this problem since going to 2022.12.3.2 ?
•••
T

Oh, and it also is not sleeping after charging, left plugged in overnight in garage. Nice puddles of water from condensation under car each morning. Going to try turning off the air conditioner tonite.
••• 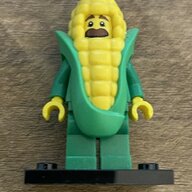 just tried turning AC off in parked car at work. will see if that helps with the insomnia! already turned off all security, summon beta, schedules, "power" off, everything I can think of. Yesterday:

Last day it slept prior to the update running.

Interestingly, I turned off the air circulation (AC) system, then two-button reset the car's brain. Since then, the vampire suck has decreased and the car has not tried to sleep even once(the 11 attempts on the screen shot below were all between 7:30am and about 11m or so!). So I won't have to stop off at a supercharger in order to get home tonite. I'll be down to a couple of AA batteries' worth of charge, but the last few hundred yards are downhill so I should be able to coast into reach of the charger... I'd gotten the charge amount tuned to exactly what I needed in order to commute to and from work, and still have 50 to 60 miles' left, but the drawdown with NO SLEEP intervals is just too much. argh.

I would try turning off all Tesla Apps and then resetting the car and leaving it alone for a day. If that solves the problem you can turn them on one at time to find the culprit
•••

My model 3 has been sleeping well after getting this update so it's not the update itself for everyone at least. You could try a full power down from the menu in case that helps.
Reactions: SalisburySam
•••
D

Texarc said:
just tried turning AC off in parked car at work. will see if that helps with the insomnia! already turned off all security, summon beta, schedules, "power" off, everything I can think of. Yesterday: View attachment 800795
Click to expand... 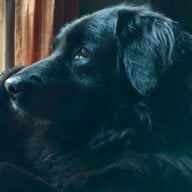 GtiMart said:
…try a full power down from the menu in case that helps.
Click to expand...

No sleep problem with mine, but I still don't have the ability to add seat heaters or windshield wipers etc. to the bottom bar customization. Am I missing something on how to add them? Or are the release notes wrong? 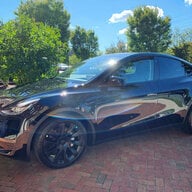 Just got an update that allows me to have defrost back on the main screen again. Glad to see this.
••• 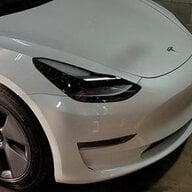 Fourdoor said:
No sleep problem with mine, but I still don't have the ability to add seat heaters or windshield wipers etc. to the bottom bar customization. Am I missing something on how to add them? Or are the release notes wrong?

You have to press and hold something in your normal apps before they show. I don't know why they're hidden in the box. I guess to give you more space seeing the map when you're bringing up your apps.
Reactions: bruce4000 and Fourdoor
•••
F

OliverM3 said:
You have to press and hold something in your normal apps before they show. I don't know why they're hidden in the box. I guess to give you more space seeing the map when you're bringing up your apps.
Click to expand...

Thank you so much! They do the dumbest things on the interface. Since I didn't want to add any of the standard apps (I already have the ones I wanted) there was no need for me to press and hold one of them, so I never saw the new options.

I did notice something with 2022.12.3.2 that may just be a coincidence. Everyday I have the car set to precondition for a 6am departure. I've had 5-6 dots saying that the battery was cold. After the update I do not so i depart with a warm battery. temps have been 60f when I leave so I'm not sure if it's just that our overnight temps are higher and it's not that preconditioning is better.
I'm returning home now with and extra 20miles or so of range. Probably just in my head.
••• 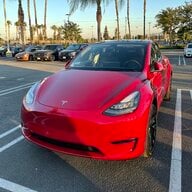 Fourdoor said:
No sleep problem with mine, but I still don't have the ability to add seat heaters or windshield wipers etc. to the bottom bar customization. Am I missing something on how to add them? Or are the release notes wrong?

Hold one of the app buttons until the full menu appears, then drag the new seat warmer/etc apps down. They don’t appear in the regular menu accessed by the three dash symbol. Have to hold an existing app on the bottom menu down to access them.
Reactions: Texarc
•••
T

DGSteig said:
What app is this?
Click to expand...

TeslaFi. I started using it on the advice of a programming buddy shortly after I took delivery. This week is the first anniversary for the car and me. It has never NOT been able to sleep while I am at work, until this update happened so I am reasonably certain TeslaFi is not the cause. I HAVE tried using the "POWER OFF" from the screen in the car, didn't help. Perhaps that this is a Model Y is different slightly from the Model 3 is a factor. After I made the downpayment and ordered the car, a month after, I got an email telling me that I could accept that they were eliminating the radar/sonar/whatever by sending back an "I agree", or else they would simply cancel my order and refund the downpayment, "NO SOUP FOR YOU" option. Naturally, I fumed, and accepted. Their failure to find a solution to the timing issue between the cameras and the sonar has probably doomed their goal of achieving full autonomy for the FSD. I certainly use it but cannot trust it. Took me OVER the double yellow lines on a curve today FORTUNATELY no oncoming vehicles, it can't handle when the highway goes from two lanes (one each way) to four lanes gracefully. We have in Texas highways a lot of intersections with two light-fixtures of blinking yellow to warn that there is frequent side traffic, which does NOT require slowing down unless there is an idiot bolting out (his light is RED on the side roads, they have to come to a full stop before proceeding. Tesla recognizes the flashing yellow lights as a 3-light stop light (displayed on the dash) and slams on the brakes belatedly and harshly, so I have learned to disable the FSD when I see the flashing yellow lights up ahead. In one commute segment of 20 miles or so, there are FOUR of these. PITA. And when the road goes from two lanes to four, it drifts in the middle and then suddenly harshly jerks the car into either the left or the right lane as though panicked. Still, I LOVE MY TESLA and wish I had bought it the instant the Model Y became available so I would have the sonar/radar/whatever in addition to the cameras. I wash the car at least weekly and hand-dry with microfiber towels, paying care to polish all the camera positions. Anybody else LOVE the way the sill of the door gets your pants legs filthy when you exit the car?
Oh, and I have also noticed that while I set the charge on the screen of the car at the lowest allowed (~165 miles), it accepts that but when I go back to the screen in 10 minutes, it's pushed the charge limit up to nearly 320 miles. I am not running any apps that would change the charge limit, it appears to be deciding to do it on its own. Again this is new since the update. sure hoping for another update SOON.... LOVE MY TESLA. just want it all to be perfect, I guess. </rant>
•••
F

Model 3 Jun 10, 2022
kayrish
K
H
Strange issues following software updates ( you know the update had something to do with the problem)