Hi, I may be remembering this wrong as I can't find details online... hence the question.... but can you reclaim VAT on electric car purchases through the business if it's mixed use?

I haven't bought a Tesla yet, but I was looking at one for mixed business / personal use as a company director.

Any other tax benefits that I should be aware of, that anyone in the know can help with? If so, much appreciated.
••• 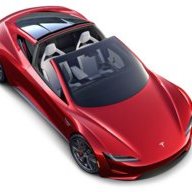 Dont forget to use a referral code for free supercharging for life, mine is "siddharth3086" or click this link to order Unlimited Tesla Supercharging and Extended Solar Warranty have PM'd you too.

kbf1981 said:
Any other tax benefits that I should be aware of
Click to expand...

Lower rate of BiK tax on the car itself (although from memory something stupid has happened in either current year or next year, where it has shot up, but is then reverting to a low rate thereafter)

I have daily commute of about 80 miles, and charge at work (and not at home) during the week.

There is no special VAT treatment for EVs - the usual (complicated) rules for ordinary cars apply.

If the business buys a new car, then the normal case is that you pay (and can't reclaim) VAT on the purchase price but don't need to charge VAT when you sell it. There are some exceptions, if the car is used 100% for business (no personal use, not even commuting), or driving-school, taxi etc. In those cases, the car becomes "VAT qualifying" and you reclaim VAT on the original purchase, charge VAT when later re-sold.

If the business buys a used car, the same rule applies but normally there's no VAT anyhow because the first owner paid it; however, you sometimes see used cars advertised as "VAT qualifying", which means the first owner reclaimed and is now charging VAT. Such cars are more valuable to buyers who are themselves able to reclaim the VAT for one of those reasons.

If you are leasing, then the lease payments have VAT on them; you can reclaim 50% of that (notionally covering the "service" provided by the lease), and the other 50% (notionally representing the capital cost of the car) you only claim for the same special cases as apply to the outright purchase case.

If you are a company director and have free choice of having the business buy you a car vs paying yourself more salary so you can afford to buy it yourself, the main advantage is the BIK rates which are lower for an EV than other cars. The best way to look at this is to ignore the capital cost and instead think of the depreciation in each year (you will get the balance of the capital back when you sell). In any given year you have that year's costs: depreciation, maintenance, insurance. Those costs are either paid by the you personally, using income you have already paid tax on, or by the company using untaxed profit, but in that case you have to pay income tax/NI on the "BIK amount".

The BIK amount is a percentage of the original list price of the car (including VAT, and before the plug-in-car grant was deducted). So, assuming you draw from the company in the form of salary, the comparison is very simple as you are paying incometax/NI in both cases: if the actual depreciation+maint+ins is less than the BIK amount, then it's cheaper owned personally; if the actual costs are more than the BIK amount it's cheaper as a company car. The calculation is slightly more complex if you draw dividends rather than salary, but the same idea applies.

Note that since the BIK is based on the (fixed) original list price of the car, while the actual depreciation goes down over time, the company car route is relatively more beneficial for new cars and less beneficial for used, or if you intend to keep the car a long time.

So buying a new EV this year, the company route makes sense as the depreciation alone is bound to be more than 13%/16% in the first two years. Buying a used EV this year is probably better on the personal route, but will become sensible as a company car again as we approach 2020-21.
Reactions: Mark77a, themetz and WannabeOwner
•••
S

kbf1981 said:
Hi, I may be remembering this wrong as I can't find details online... hence the question.... but can you reclaim VAT on electric car purchases through the business if it's mixed use?

I haven't bought a Tesla yet, but I was looking at one for mixed business / personal use as a company director.

Any other tax benefits that I should be aware of, that anyone in the know can help with? If so, much appreciated.
Click to expand...

No, to be able to reclaim VAT you'd have to convert the vehicle to a 'van'. If you have passenger seats HMRC will simply assume a portion of the use will be private.
•••

The UK and Ireland Oct 16, 2022
Considered1
C
A
Salary Sacrifice and mileage rates