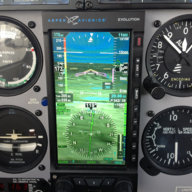 A long-planned trip in my Model Y was due to start at 7:30am Sunday. I'd carefully guarded a 99 Safety Score over 1200 miles in hopes that I'd get the FSD beta and be able to write about a nearly 2,000 mile drive from Quechee, Vermont, to Naples, Florida on FSD 10.3. A 100 score on my Model 3 had qualified me for FSD 10.2 a couple of weeks ago, and I'd logged a few hundred miles on it, including some rather interesting miles through Boston traffic. I had high hopes for FSD 10.3 on my Model Y, and wanted to write about the trip, in which I expected to encounter a wide variety of conditions, from Vermont gravel roads to Virginia's Blue Ridge Parkway to the Gillette Stadium parking lot to Atlanta city traffic.

Two disappointing delays later, lo and behold FSD 10.3 was miraculously available exactly 4 hours before departure, and I was ready to go. In this thread, I'll chronicle my observations through this tremendous range of driving experiences on an 1800-mile trip on FSD.

First things first on the trip. I had tickets to the New England Patriots game against the New York Jets, so the first stop was at Gillette Stadium in Foxborough, Massachusetts.
That said, I was impressed. I saw none of the faux Foward Collision Warnings or Panic Braking that had been reported by others on 10.3, and FSD handled most situations comfortably -- even better than 10.2.

Good news/bad news at Foxboro. The good was that the Patriots trounced the Jets. The bad news is that I saw during the game that a new software update was available, and, thinking that it was further improvement on 10.3, I accepted the update and -- POOF -- FSD 10.3 was gone, having been recalled.

So I've driven through Rhode Island, Connecticut, New York, New Jersey, and Pennsylvania on the old autopilot system, and as I approached Virginia's Shenandoah Valley, I've just gotten notification that FSD 10.3.1 is backed -- presumably fixed. I'm installing it now, and that will take me to the next installment of my observations as I enter Skyline Drive and the Blue Ridge Parkway, which I'll post tonight or tomorrow!
Reactions: clydeiii and Red Ryder 3
•••

Because of the temporary recall of FSD 10.3, this drive was done on the old highway FSD stack, though it was 99.9% autopilot nonetheless.

My longest drive ever in a Tesla. Left New Jersey with 100% and arrived at the Woodstock Supercharger with 1 mile left in the tank (carefully planned). Again, because of the FSD 10.3 recall, this leg was also done on the previous autopilot. No big deal, because again this was all interstate highway driving and would have been done on the highway autopilot stack anyway. The interesting part was going to be the next section, which would be on winding, scenic mountain roads.

Right on cue, the notification came that a new version was downloading -- slowly, because much of the Shenandoah Valley has only 3G cell coverage. I continued south as it downloaded, and by the time I hit Elkton, the software was ready to install and I was ready for a break.

I wasn't going to give FSD 10.3 a chance to wait. I would throw at it the challenge of driving one of the most scenic, winding mountain drives in America -- Skyline Drive in Shenandoah National Park, and the northern section of the Blue Ridge Parkway. The results were mixed.
As I re-read this, it appears that I'm down on FSD 10.3, in that I've focused on the problems I encountered. Quite the contrary -- I am an enthusiast and continue to be impressed with how FSD performs 95% of the time. Yesterday and today, I threw a whole lot of difficult problems and edge cases at it, and it performed probably the same as one of my teenagers would have if I had taken them on the same roads with a fresh learners permit. I am totally dedicated to doing my part to chronicle and report the issues I encounter and to continue to pose interesting cases that can serve as learning experiences for the neural network.

Kudos to the engineers at Tesla for getting us this far. And if you haven't taken the time to watch the Tesla AI day video () to see what has gone into FSD, I recommend that you do so -- it really helped me understand what might be going on when I saw FSD doing something unexpected.

I drove on Skyline Drive and Blue Ridge Parkway a couple of years ago with Autosteer, and I didn’t experience some of the issues you did with FSD Beta. The car did slow down too much on some curves, but overall it did surprisingly well. I had to disable Autosteer at times on the Blue Ridge Parkway because traffic was moving faster than my maximum of 5mph over the speed limit.
•••
J

Thanks for the write up. Much more enjoyable for me then any YouTube video.
Reactions: gcsutton
•••