Video racing a Challenger Redeye in my Model 3 Performance

I entered in a street style race at the local dragstrip. Basically they run the races starting at the finish line of the drag strip and race an 1/8th mile down the shutdown area. Do it's run on asphalt that has never been prepped. So it's the closest you can get to racing on the street without the risk of jail etc.

The race itself was kind of a bust. Since my Model 3 Performance is all wheel drive the rules for the event mandated that I run in the big tire class. So all the cars in my class were on racing slicks that head a larger diameter than 28in and/or wider than 10.5 in. So the first round I ended up racing a maverick race car running on nitrous. I lost pretty badly. But after being eliminated from the competition I was able to run some grudge races.

One of the races I set up was with a Challenger Hellcat Redeye. I'm not sure what all was done to it but it was at least basic bolt ons. He was running on some Mickey Thompson drag radials. We did 2 races. The first one I blew his doors off. The second race was a lot closer because at the start my object aware acceleration safety feature picked up the guy starting the race and the car was Really slow off the line until I passed the starter. So the Hellcat got a pretty good jump ahead of me.

But here is the first race. 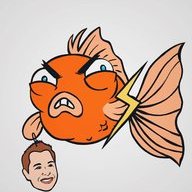 1/8 mile runs are always so boring to watch.
Reactions: TyH2009 and MichaelP90DL
C

ElectroFish said:
1/8 mile runs are always so boring to watch.
Click to expand...

I get it, but they are still fun to do and most events I intended to go to have been canceled. It was nice to be able to race and there are not too many options to find a safe(ish) place to race on a surface that's never been prepped.

A lot of the big tire cars had it powered up too much and were spinning and sliding all down the track, that was pretty fun to watch. Unfortunately my first round I drew a guy that was able to make a clean pass and he beat me. I was hoping to get out ahead of him off the line and get him to grab too much throttle and spin. But he was able to keep his cool even though I treed him pretty good.

cOoTeR said:
The second race was a lot closer because at the start my object aware acceleration safety feature picked up the guy starting the race and the car was Really slow off the line until I passed the starter.
Click to expand...

Does Track Mode alleviate this?
C

Bigtuna00 said:
Does Track Mode alleviate this?
Click to expand...

I'm not sure. I don't use track mode at the drag strip because it runs the A/C to cool the batteries and I don't want it to drip water on the track. Also I'm not sure if it makes a difference or not but I don't want it to affect acceleration. I know running the A/C has a noticeable effect on range so I don't see why it wouldn't effect acceleration.

But the auto aware acceleration safety feature can be turned off in the auto pilot settings I believe. I just forgot to do it before racing started.

Setting My Sights on the Track Record. Video and Car Specs!