The U.S. National Transportation Safety Board concluded Tuesday that the developer of a commercial spacecraft that broke apart over the Mojave Desert last year failed to protect against the possibility of human error, specifically the co-pilot's premature unlocking of a braking system that triggered the in-flight breakup of the vehicle.

In its recommendation, the board took pains to make clear that Scaled Composites, an aerospace company that has partnered with Virgin Galactic to develop the spacecraft, should have had systems in place to overcome the co-pilot's mistake.

NTSB Chairman Christopher Hart said he didn't believe the company took shortcuts that compromised the spacecraft's safety. Rather, he said, it didn't consider that the crew would make such a mistake.
"The assumption was these highly trained test pilots would not make mistakes in those areas, but truth be told, humans are humans," Hart said after the hearing's conclusion. "And even the best-trained human on their best day can make mistakes."

"And even the best-trained human on their best day can make mistakes."

So very very true. That is one of the reasons I want to get autopilot.
•••

It's exactly the same sort of issue as unintended flap deployment in aircraft, with pretty much the same result (structural failure). There are ways to mitigate the risk. Presumably Scaled Composites has learned from this, and will have a look at other onboard systems to make sure other commonly-known failure modes are addressed.
•••

Grendal said:
"And even the best-trained human on their best day can make mistakes."

So very very true. That is one of the reasons I want to get autopilot.
Click to expand...

You took the words right out of my mouth.
••• 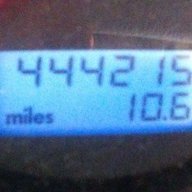 Here's the video of the mishap from the NTSB. It doesn't show the actual breakup (thank goodness), but you can see it pivot and pitch up quickly around the 35 second mark.