Today In visited l large new Service Center In Peabody Mass. which serves a large affluent market on the 'north Shore" in Mass. Service, which was all preventive maintenance, was performed on my two year old model S which looks and runs like new. This is the first visit to a Service Center for this vehicle and everything was performed as planned within estimated cost.
As the vehicle is my wife's daily driver I have ordered a new S refresh for my self. This Service Center is also a delivery center and it was very busy. I asked two of the employees, who were handling deliveries, if they had delivered any Model S and the answer was no and there no model S at the center. After a short chat I was told that Model S deliveries were expected next month, April, but they had no specifics as to particular vehicles.
Based on the tenor of the conversation, I expect that deliveries of Model S to customers in New England are several weeks away.
•••
G

Peabody, MA serves an affluent community? Is this the same Peabody that borders Salem and Lynn?

Most of the staff there came from the Dedham, MA location. They have no MS or MX in the “showroom”. Which is really just a giant, empty space with a 3 and a Y parked in it.

What “preventative maintenance” did they sucker you in for? I also wouldn’t count on an April delivery of that MS if I were you.
••• 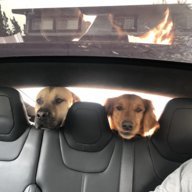 Preventative maintenance on a 2 year old car that is touted to have no maintenance schedule while only needing wiper fluid refills and tire rotations?
••• 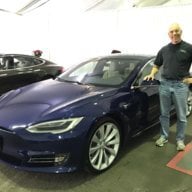 kpeters000 said:
Preventative maintenance on a 2 year old car that is touted to have no maintenance schedule while only needing wiper fluid refills and tire rotations?
Click to expand...

The statement of no maintenance is clearly not accurate. For full reference, you can find the recommended maintenance schedule here:

www.tesla.com
​
Recommended at 2 years on a Model S is:

I'm surprised lubricating the brakes is not listed as a service. Of all the things that actually need to be serviced on the car, the brakes are something I plan to do each spring.
•••