I tried to use the voice command to adjust my cruise speed, by saying adjust speed to 50. The screen displayed something like "adjust speed 250".
Obviously, the vehicle speed did not change but when the streaming music returned (after using the voice command button-that mutes the music) I noticed the music was almost unrecognizable, in that it was super accelerated. I finally recognized the music. I checked the source and it was a popular song, it just was super accelerated (similar to the fast forward of a taped music).
I finally realized that the voice command changed the play speed of the music.
I tried to reverse the process but the screen indicated that my command was not supported.
For a moment I was concerned that I would not be able to reverse the command. On the second try I said something like adjust speed to normal. The music returned to normal speed.
I can't imagine why this would be programmed into the system.
••• 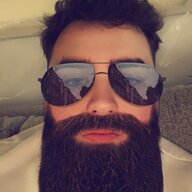 The only thing I can think of would be for people who like listening to podcasts and such at a higher speed, I personally watch YouTube videos at 1.5x just to get through them quicker. I've not heard of this before but it will be interesting to try.
Reactions: andrewxc
•••

I
Apple Music and Voice Commands