I think this looks fantastic! Too bad it's so far off... 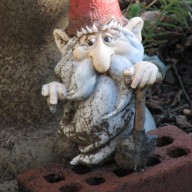 I guess "leg crushing mode" is not unique to Tesla.
Reactions: 1208

Looks cute. Note the four Lidar transducers that pop up when she tells it to pick her up. Also note the HUD when she pushes the steering wheel away. I would certainly be interested in one ... if and when it becomes available. (Model 3 on order.)

I also think it looks great.

Sure, it's just a concept car, but I think it looks fairly realistic.
Interior will likely be a bit different, rear doors might be different, and of course, it may have mirrors instead of cameras.
On the other hand, by 2020, cameras might actually be allowed instead of side mirrors.

In comparison to the Chevrolet Bolt or BMW i3, this car also looks like it has a fairly decent drag coefficient, though probably not quite as good as a Tesla due to the rear of the car. Perhaps around 0.25 or so – compared to the terrible 0.32 of the Bolt.

Interestingly, in a German interview with Herbert Diess (who presents the car in the aforementioned video), he said that VW plans on delivering hundreds of thousands of these cars starting 2020, especially in China, because this is likely to be the most important market for electric cars.
He also said that Tesla has a lot of knowledge and is not easy to catch up to, but that catching up to Tesla is the goal.

Here's a link to the interview (in German).

Yet another video (in English) - includes an interview with VW's VP Marketing/Sales:

Since they are using engine compartment for legroom (no frunk) I wonder how safe ID will be?

Prototype and renderings show seating for 4 not five yet it was announced as seating 5...considering how little space there's in between maybe it's the right move.
Last edited: Oct 4, 2016
S

I
Should I trade my 21 window Volkswagen bus for a roadster?