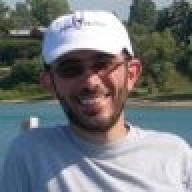 I can charge at home, at tesla destination chargers and at J1772 power sources. I can also charge at Supercharger. I cannot, however, charge at one specific Semaconnect J1772 power source. I checked PlugShare and it shows that another Tesla charged there in 2016. Several other EVs have been able to charge after my failed attempt. The way this outlet works is that you connect the adapter to the cable and then connect to your vehicle then activate the station. The station shows a message that it is activated and “waiting for vehicle”. My car shows a message “Ready to charge, check power source”. If I activate before connecting the vehicle, the station refuses to activate until the cable is connected. I tried all possible permutations but nothing worked. I called Semaconnect and their system shows no faults. I called Tesla and they couldn’t identify any problems with my car.
I searched the forums and the link below is the only one that describes a similar problem. I tried all the fixes suggested in it but to no avail. No charge with J1772 adapter | Tesla
This station is important because it is located in a hotel close to where I travel for work. It will make life easier in Michigan’s winter to avoid range anxiety. I tried it three different times in three consecutive months. Other EVs keep charging successfully in between my attempts. I don’t know if other Tesla were charging and not checking in to plugshare.
I have another Tesla Model X with its own adapter. I tried it as well and I had the same issue.
Any suggestions?
E

As I've read, Teslas are quite picky about proper grounding. So it may be fine from perspective of the owner and for other cars.
Reactions: akhafagi
C

That's an error with the J1772 plug handle pins or your J1772 adapter. If your adapter works elsewhere, it's the unit's plug. Other EVs might not complain as much but it's likely impaired and it's safer to avoid using it.
Reactions: akhafagi 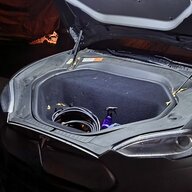 Had the same issue with our 2016 Model X.
A trip to the Tesla service center fixed the problem.