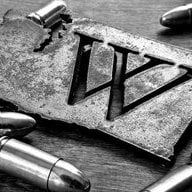 PLUS EV said:
Or are the government entities somehow taking a cut of the charging fees too? Makes no sense.
Click to expand...

State .gov can't make $$ off of it. The one we installed for DOL in Lacey is free and was explained to us that the state can't "make money" like that. But, if the $$ they give out goes to NPO's, then the NPO can make all the $$ they want. Not sure how the grants work with WADOT giving grant $$ to other cities etc and how they can will make $$. They charge for parking meters, so maybe it's similar to that? Pure guess there.

What we need is the State to install them at the rest stops. Even if the State uses the $$ to develop the infastructure (bring the power to the pedestal) and then let EA, CP, Tesla etc come and use that power (and charge for it). I'd never expect this to be about getting a free charge, the ICE'rs would freak out asking where their free government gas is.
•••
A

I suspect the money is to get the stations built, but the state isn't running them so whoever runs them (Greenlots in the case of Eastern WA) can charge whatever they want for them. I do believe there was some requirement that for the first six months or something they were free, but that's such a joke.

I agree that this money should be used by the state to woo charging companies to build in spots they normally wouldn't; national/state parks, state rest stops/scenic areas, in the mountains or on limited service roads (closed during winter but open in summer, etc). Cut the red tape and make permitting for EA, Tesla, others super easy so they can go from planning to installing a charger in days, not months or weeks.

These current Greenlots stations will either need to be upgraded soonish (in the next couple years) because 50kW will NOT cut it. OR, we’ll have EA or someone else come in and install a proper 150kW+ station either in the same town(s) or within a few miles of these charges and these will likely never get used… wasted money.
•••

PLUS EV said:
Was Suzi LeVine in charge of this program too?

Seriously though, I have no idea where all that money is going. Doesn't seem like there is much in the way of WA funded charging stations.
Click to expand...

I believe this is the first year they are collecting the fee. Money is being spent though. My neighbor is a project manager for a commercial electrical installation company. He recently got transferred to the EV charger division because they are slammed with work in that area. He said the bulk of their projects are at high end condo and apartment complexes. I don't recall for sure, but I believe he said the state is subsidizing the projects.


PLUS EV said:
Agree with all this. The juice isn't worth the squeeze here. I believe the typical supercharger is being installed for under 200k, so these stations are nearly as expensive, and they're practically useless.

A lot of non-Tesla chargers, especially on the highway are in a catch-22. There are long range EVs other than Tesla coming out, but the volume out there is still small and few are taking road trips yet. So demand for these stations are low, so they need to charge high prices to try and recoup their costs. They have ongoing costs they need to cover whether the station is used or not. Tesla deliberately took a near term loss on superchargers while their fleet got built up to a point where usage would be high enough.

The automotive industry really isn't thinking far enough ahead here. If they were smart, they would set up a find to subsidize highway fast charging for at least a few years to allow the third party companies building and operating these chargers to build them out and charge competitive rates. Even at that with most chargers being slower than Tesla's that's going to hurt sales in a few years when the initial wow factor of EVs wear off.

There is an impression among the public that EVs are only good for local travel. Tesla has been working to push that perception out, but the rest of the industry is not doing enough to help.
•••

PLUS EV said:
Agree with all this. The juice isn't worth the squeeze here. I believe the typical supercharger is being installed for under 200k, so these stations are nearly as expensive, and they're practically useless.

PA to move to mileage based user fee