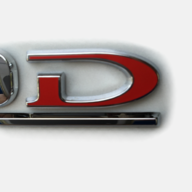 After being out-of-town for 2 weeks, I checked my app and saw that one of my Teslas had not connected for one week. I had someone go to my garage and she found the Touchscreen blank. After she rebooted it, my app connected and the car started charging. I saw that it hadn't charged during the week the Touchscreen wasn't running.

If this had been a longer period of time and the battery eventually went dead, it would be a big problem.

Unattended computers that crash have long been a problem and usually dealt with by an independent watchdog timer that reboots the system when certain criteria are not met for a period of time. Since Teslas have several independent computer systems onboard, they could check on each other and serve as watchdog timers.

Maybe I'm missing something or maybe after a longer period of time my Touchscreen would have auto-rebooted. I suspect others here on the forum have had similar experiences.
•••

Bill D said:
...Touchscreen would have auto-rebooted...
Click to expand...

No. Automatic Re-awakening your computer at certain intervals would defeat the purpose of energy conservation.

Your car would go to deep sleep if there hasn't been any usage such as from your touchscreen after a while.
Last edited: Apr 9, 2018
•••
A

Tam said:
No. Re-awakening your computer would defeat the purpose of energy conservation.

Your car would go to deep sleep if there hasn't been any usage such as from your touchscreen after a while.
Click to expand...

I should have said that the electronics that manage charging and Internet connectivity should keep running or be restarted if necessary even though the Touchscreen display is not running (which I agree is a power hog).
Last edited: Apr 9, 2018
•••

apacheguy said:
Never seen this in 5.5 years of ownership.
Click to expand...

Me too. This is the first time I have experienced it and I've owned one Tesla for 4+ years and the other for 2+ years and also travel a significant amount of time.
•••