Just wanted to voice a complaint.
By the way I'm a current tesla owner.
Went to the westmont location yesterday to see some inventory cars as I have a trade in offer of my current car and before putting down a deposit on a new performance model I wanted to inspect and make sure it is free of defects. This location has all inventory at an off site down the street so proceeded to go there.
While inspecting the vehicle and driving thru the open ungated parking lot I was approached by an employee asking me what I'm doing. Proceeded to tell him I was looking for a car to purchase this week. Instead of being receptive he proceeded to degrade me, take pics of me and my vehicle and threatened me if I do not leave the property and I was trespassing. This is unreal how this is a approved practice. Apparently this location has aliens at it or something. So later proceeded to go to the Schaumburg location and was greeted w open arms and was told it was no issue to walk the lot and inspect any car I wanted. Just one more reason to stay away from the westmont store. Racial profiling and harassment is apparently an approved practice at this location.
Reactions: Petrocelli
•••
G

I hear your concern. Also know that most cars on the lot are already sold inventory so maybe the employee was being protective of other customer cars (there may be more that we do not know such as previous vandalism in that lot). Sounds like the employee could have handled it more professionally though.
Reactions: SMAlset, X Fan and SSedan
•••

I'm sure it's more of the fact they don't want people inspecting cars prior to putting a deposit down and most of the cars coming out of the factory all have some sort of defects.
Reactions: SMAlset, Chuq, KG M3 and 11 others
•••
S

You sound like an entitled jerk. YOU should have spoken to someone at the sales location FIRST before you went into the gated lot.
Imagine if it were a warehouse and the doors were open for fresh air, would you stroll in and have a look at inventory?

That is exactly what you did, only this warehouse didn't have a roof.
Reactions: petergy, cgrubbe, Garlan Garner and 1 other person
•••

SSedan said:
You sound like an entitled jerk. YOU should have spoken to someone at the sales location FIRST before you went into the gated lot.
Imagine if it were a warehouse and the doors were open for fresh air, would you stroll in and have a look at inventory?

That is exactly what you did, only this warehouse didn't have a roof.
Click to expand...

You should learn to read. It is not a gated lot.
It's a parking lot.
Reactions: Petrocelli and Silicon Desert
•••

Schroeder0202 said:
You should learn to read. It is not a gated lot.
It's a parking lot.
Click to expand...

Do you get harrassed when you walk around your local Kia dealer to look at cars?
Im guessing no. You may actually get approached to purchase a car. Dealers out here all have off lots due to storage space and never have I ever been told I was trespassing when looking at cars. If they dont want people looking at cars then either have a gated or fenced lot to keep people out is my point. Also other locations clearly dont harass you when looking at cars just like the next location doesn't 20 miles away. They are actually respectful and welcome you to look around/touch and inspect cars prior to purchase.
Last edited: Sep 22, 2019
•••
S

At any rate a satellite storage lot is a warehouse not a sales lot, I wouldn't enter without asking.
Reactions: petergy and Garlan Garner
•••
M

Going onto an off site inventory lot without asking or telling anyone from Tesla and looking around at the cars... sounds like something a criminal would do 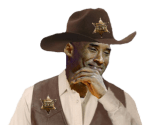 Polite and professional thing to do would be to ask if it was OK to enter their lot and look around un supervised.

Entering anyones private property without permission is usually not acceptable, even if some places don't care, you need to ask if this specific location is OK to enter.

If you leave your garage or house door open, it does not give strangers permission to enter, walk around and check out your things.

While I am sure the OP was well meaning, it does seem to have a hint of entitlement. Not sure why he brought up race, but seems it is a trendy thing to do.
Reactions: DeedWest, DirtyT3sla, KG M3 and 10 others
•••

I suspect there might be another side to this story
Reactions: Chuq
•••
J

You mean, other than someone getting mad at being told they cant walk around a private car storage lot that is not a "car dealership"?

The OP has no idea what else (if anything) has happened at that lot. Maybe they have been vandalized? Maybe there were attempts to steal cars from that lot?

This OP felt slighted, but has no idea what may or may not have happened at that lot to drive them to be more careful there.
Reactions: Garlan Garner and NoMoGas
•••
T

When I took delivery of my model s, it was parked in a breezeway between delivery and service. On arrival I saw it parked there, so I went over to give it a quick look. Someone came out of the service side and rather tersely asked if they could help me. I said I was here to take delivery, and she, in a rather uninviting tone, asked if this was my car. I told her yes, and she watched over me until I went into the delivery building.

A little later as they were preparing my paper work, I went out to do a thorough inspection. Different person came out, but same treatment.

I'm a wasp, but I saw them do the same thing to an asian gentleman while he looked over his model x a little latter. So, I don't think it's profiling. These service people were just kind of a-holes. The delivery people couldn't have been nicer.
•••

Sounds like they just don't want people inspecting cars prior to purchase at this location. Westmont is now area 51 however w no gates fences or no trespassing signs or cameras. Must have aliens in them cars.
••• 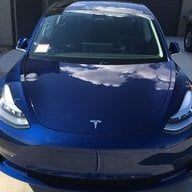 Schroeder0202 said:
Sounds like they just don't want people inspecting cars prior to purchase at this location.
Click to expand...

Even so, they can still be courteous about it. And they could also, you know, put up a sign stating that the lot is not for customers to browse.

I doubt the security guard was even a Tesla employee. It was probably just a third party security company who was trying to do what they were told to do.
•••

Wasn't a security guard. Was a tesla salesman or possibly even a porter.
••• 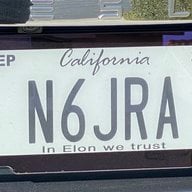 Schroeder0202 said:
Just one more reason to stay away from the westmont store. Racial profiling and harassment is apparently an approved practice at this location.
Click to expand...

Sorry but I'm getting sick and tired of the ace card being played at ANY time two races are involved in a dispute. If YOU ASSUME race is someones reason YOU are the one being racist. You have NO WAY of knowing a persons motives or what led up to the dispute. (For all you know this employee had just had his ass handed to him for letting looky-loos come walking into Tesla's storage lot...)

There is never an excuse for being treated poorly, but to escalate it to a race thing... it's getting old.
Reactions: DeedWest, petergy, NOLADriver and 2 others
•••

Yea... cause you have ESP and know what is in someones heart and mind. If he said they've had vandalism issues (Something you conveniently left out of your original post, I won't apply your motives for this) then that makes sense. Also, if you go to ANY car dealers STORAGE lot (not sale lot) you will be chased away.
Reactions: smalltownguy
•••

Storage lots are usually fenced. Again this is a open lot. It was a threat. Just like filming in public areas or filming police. There is always an excuse like terrorism. If there was actually a threat at this location and vandalism going on don't you think they would not have cars out in the open?
•••