What was your fueling routine pre-EV?

Before you bought your first EV, which if you're like me would be the Tesla you now own, what was your refueling routine?

I mostly drove a variety of Hondas and the last two vehicles I owned were a Honda S2000 and a Jeep Wrangler. Through my ~25 years of petrol car operation I almost exclusively would drive the car until the fuel light came on and then went to a nearby semi-familiar gas station and paid with my credit card to fill the tank. Usually some kind of name-brand like Shell or Chevron. Others if I was on a road trip.

Many times I can recall noting a very low tank leaving the house in the morning and thinking "Ah, I'll just get gas on my way home from work tonight". And a few times even realizing the fuel light hadn't come on as I neared the neighborhood so I just went home and waited until the next day to deal with that fueling frustration.

When I was commuting I remember occasionally making the decision to fill up in the town I lived in rather than the town I worked in. That sometimes caused me to make bad decisions about getting on the road home with a very low tank and hoping I made it to the exit.

Obviously now it's very different. If the "tank" is less than 1/2 full I plug in overnight and the next day it's over 3/4 full. I don't have a favorite local filling location because I've never needed anything I couldn't get from my own house.

How has that part of vehicle operation changed for you?
••• 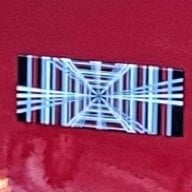 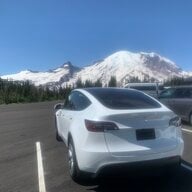 When I was commuting I had to fill up every 9 days which meant it was always changing which day of the week I had to make an extra stop. Now my routine on our 2nd car, a Subaru Outback, which I mainly use to haul our kayaks Is, fill up gas tank twice a year whether it needs it or not!
Reactions: Operator64 and LoudMusic
••• 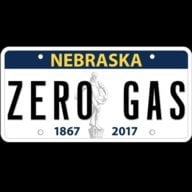 I used to drive a 2001 Saturn SL2 and had a similar fueling routine as OP. Fill up completely only when tank was really low. I never really paid attention to or cared about gas prices, so I would stop at any gas station that was handy.

Now with my Tesla Model 3 (4.5 years and 90,000 miles) I just plug in when I get home and fill up to 85% or 90% every day. It's like plugging in my phone to charge every night, a routine. If I'm travelling long distance then I just stop at a Supercharger and charge while I use the bathroom and/or grab a snack or meal.
Reactions: LoudMusic
••• 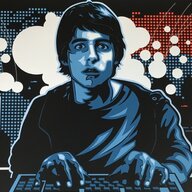 Got to a quarter tank and filled it up. Didn't matter the price, it needed fuel when it needed fuel, which meant every 3 or 4 days.
Reactions: LoudMusic
•••
D

I live in a Speedway gas station market and they monkey with prices all of the time. So in a normal year (before covid, before Russia invading Ukraine, etc) I would just wait for them to tick their prices down and everyone would follow then I would gas up. You could just about predict when they hit their bottom and then they would jack the prices up again.
Reactions: LoudMusic
•••

Convincing others to switch to Tesla or EV?