Where can you report a glitch in EAP? / 1st Drive on Pickup AP 85% of the way Home 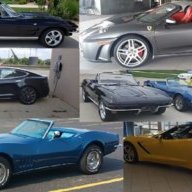 So I picked up my Model S P100D on Friday June 1st.
I was trying out EAP most of the way. Right at the beginning of using it after the Auto Calibration (probably within the 1st 10 minutes) it hit the brakes hard, a Semi was in front of me but too far to be what it saw. I saw a Car icon show up in red and then disappear on the display, I assume this is what it was braking for. I hit the gas as fast as I could and no harm as my Wife was following at a Safe Distance.

Outside of that I used it a ton on Freeways from Tesla in Ohio to my Home that I'm moving from Wednesday, in Michigan.
I also used it on many regular streets and in some stop and go traffic. It works quite well and I found nags to be minimal by just holding the wheel. Just wish I could have it change lanes on the regular streets, but I'm sure that's "coming" probably the requisite 3 months, maybe 6 Months... 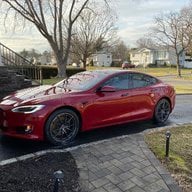 The easiest way is to use the voice assistance in the car to say "Report Bug". It sends logs to the mothership. Elon recently tweeted to M3 owners to report bugs this way as well, so clearly Tesla is analyzing the data.
Reactions: MelaniainLA
C

Phantom braking. They are working on it. I think the newer radar does it a lot more. I haven't had an instance in a year.
M

Interpreting radar is hard, small round/concave objects can bounce back signals looking as if they are giant. So it is hard to tell what may have caused it. Currently it seems the only way to even flag it is to use the "bug report" voice command followed by what the problem is. ie: "bug report on autopilot my car slammed on the brakes" .

For my part, besides always paying attention to what the car is doing, I actually find I tend to keep my foot near the gas to override the car if it starts to slow for no reason.

But most importantly understand the system isn't perfect, and pay attention to what it is doing, even more so in challenging situations / local roads. 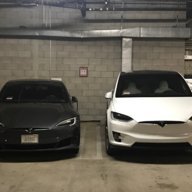 mbhforum said:
The easiest way is to use the voice assistance in the car to say "Report Bug". It sends logs to the mothership. Elon recently tweeted to M3 owners to report bugs this way as well, so clearly Tesla is analyzing the data.
Click to expand...

Correct or, more easily, “note...” followed by your bug report. 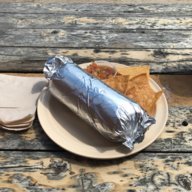 croman said:
Phantom braking. They are working on it. I think the newer radar does it a lot more. I haven't had an instance in a year.
Click to expand...

Have some of this with the 2.5 hardware as well. It's scary.

I've also noted that there is a spot on my local highway that runs directly next to a normal street and for some reason the speed limit data briefly flips to 25mph on the *highway" which seems to cause the car to suddenly want to decelerate. This is also very scary.

Had no idea about reporting via the voice command. Thanks.