Which charger should job install?

So where i work has asked us what kind of charger they should install.
Should they just put 110 outlets that all ev can use or is there a better one that multiple ev types can use?
Mostly tesla ev’s but some volts and a Prius.
•••

J1772 Level 2 stations would be the most useful, generally speaking.
Reactions: GSP, Rocky_H and brkaus
•••

Tesla has a program which I believe gives them the wall chargers at no cost. I would put in a few of these and a few J1772 for the rest.
Charging Partners | Tesla
•••
E 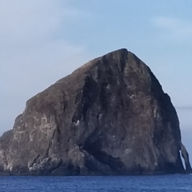 I'd install the J1772 level 2 chargers if the company will spring for it, or just have them install 6-20 outlets (which are 240 v, 15 amp). The nice thing about the 6-20, which is what my work installed, is that you don't need to worry about "unauthorized" use as much since a 110 plug won't fit and they are not expensive to wire. Then people can use their own Tesla charger or a J1772 level 2 charger if the company doesn't want to invest in the charger itself.
•••

Personally, I wouldn't bother using a 120v outlet at work; it'd be too much hassle to have to get the Mobile Connector out and plug it into the 120v outlet, then reverse that process at the end of the day. Especially in rainy weather, that would just not be worthwhile. Over the course of an 8-hour work day, it'd get about 40 miles of range, so depending on the commute distance, most people would need to use that every day or two in order to keep their car fully charged from work charging only. As I have an EVSE at home, that's much easier. If I lived in an apartment and had no at-home charging, I suppose charging from a 120v outlet at work would be better than nothing, but that still would not be appealing. If going 120v, I'd suggest using NEMA 5-20 outlets rather than NEMA 5-15. With the appropriate adapter, that'll provide a little better charge rate for Tesla owners who buy the $35 NEMA 5-20 adapter, but those with NEMA 5-15 plugs should still be able to use the outlet.

A 240v outlet would provide a faster charge, which means most drivers could charge maybe once a week, rather than once a day, thus cutting back on the hassle factor. Also, this means that the employer would need to install fewer outlets to service the same number of vehicles, but employees would need to work out a rotation system (Fred can charge on Mondays, Sally on Tuesdays, etc.). OTOH, few EVs other than Teslas come with 240v EVSEs. Of course, they are available for sale from car manufacturers and third parties, so an employee who needed to charge in this way could buy a 240v EVSE. If going this route, NEMA 14-50 seems like the best choice; until recently, Tesla provided such a plug standard, and I think this is also the plug type used by the higher-end Nissan Leaf EVSE, too.

As others have said, the best solution is J1772 EVSEs; all current-production EVs can use these, albeit via an adapter that comes with the car for Teslas. There's no need to fumble with pulling an EVSE out of a car and plugging it into the wall, just doing the car end, which makes it easier to handle. These will be more expensive to install than NEMA 14-50 outlets, but as with those, there will need to be fewer of them than 120v (NEMA 5-15 or 5-20) outlets. As @jmaddr says, Tesla at least used to offer a program in which they gave out free Tesla Wall Connectors, and they'd throw in one J1772 EVSE for every two Tesla units, too. I've seen conflicting reports about whether this program is still active, but it's worth checking on it. If it's still going, that could bring down the costs considerably, even if the 2:1 ratio of Tesla to J1772 EVSEs was too far weighted toward the Tesla; the employer could take, say, the three free EVSEs and add two more J1772 EVSEs to get five (two Tesla and three J1772) for the price of two.

It would also be possible to provide a mix of options -- say, both 120v and 240v outlets, either one of each for each parking spot or 120v at some spots and 240v at others. Doing both for each spot would doubtless increase the costs quite a bit, though. Similarly, the employer could install a two each J1772 EVSE, NEMA 14-50, and NEMA 5-20. Employees might then end up fighting over who gets to use the J1772 EVSEs, though.
Reactions: Rocky_H
•••

srs5694 said:
As @jmaddr says, Tesla at least used to offer a program in which they gave out free Tesla Wall Connectors, and they'd throw in one J1772 EVSE for every two Tesla units, too. I've seen conflicting reports about whether this program is still active, but it's worth checking on it. If it's still going, that could bring down the costs considerably, even if the 2:1 ratio of Tesla to J1772 EVSEs was too far weighted toward the Tesla; the employer could take, say, the three free EVSEs and add two more J1772 EVSEs to get five (two Tesla and three J1772) for the price of two.
Click to expand...

Application for the charging partner program: Charging Partners | Tesla
•••
B

J1772 or Tesla WC (or combination). I personally wouldn't bother dragging out the portable UMC at my office. But there are cheapskates that might. If regular plugs are used, and they are used frequently, they will wear out.
•••

Honestly, I don't see putting in outlets as being a great choice for an employer. The only outlet you could choose would be a 5-15/20 since most cars don't come with a cord that can plug into anything else, and that's not enough power to add many miles in a workday. The Tesla partner program is OK, except it does little for the non-Tesla cars...and I'm strongly against installing proprietary connectors.

If it were my business and I was providing the charging for free, I'd go with ClipperCreek J1772 L2 stations. They are high quality and tough enough to stand up to the public. You could install Level 2 at amperages from 15a-30a (or more, but I don't see the point) and everyone could make use of them. They also offer circuit sharing so you could do two plugs on each 30a circuit, for example, doubling the number of plugs for the same amount of wiring, which will likely be the most expensive part of the install.

davewill said:
If it were my business and I was providing the charging for free, I'd go with ClipperCreek J1772 L2 stations.
Click to expand...

FWIW, that's what you get for the J1772 bonus when going with the Tesla Destination Charging program.
•••
T

Guys thanks for the info. Will forward to people at work. lots of good insight.
maybe I can convince them to put solar on also
•••
S

As it seems others have been saying... 120V is totally not the way to go. I wouldn't bother using them, myself.

While most non-tesla j1772 users can't use the amps above 32, LR 3's and all S/X's can take all 48, so you get 50% faster charge. I imagine non-teslas might start supporting higher currents someday soon as well, and the cost differential can't be super significant for the wiring. That said, the j1772 chargers(connectors, whatever) do become notably more expensive, last time I checked.

N
Can Tesla wall charger be used with some adaptors to Charge other EV's/Prius Plug In?

Please Educate Me: Charging in a 120v Outlet - iPhone versus Model 3