why no beep for backup sensor in Model 3? [rear cross traffic warning]

I've looked at threads and apparently I am in minority about feeling this should be an essential in the Model 3 standard that I got in December.
I have a Subaru Outback that is really superb for me in Florida with the crazy drivers here in parking lots etc. in terms of warning. I just don't feel like the rear camera gives me a broad enough picture.

While I am at it, the other thing that bothers me is that the screen showing adjacent cars in other lanes shows too much forward of car and far too little in terms of those coming up behind me. I would have thought that others would have felt this could be fixed better.

I will say this- if I had researched it more, despite all the great features, I don't think I would buy the Tesla again with these features missing.

Please don't put me down too much. Just my opinion.
Reactions: Billee, berman2921, Stach and 3 others
••• 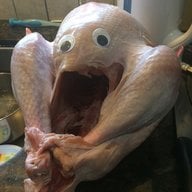 Beeping inside the car?
I get a whole lot of beeps if things get too close. It won't beep simply because something is moving though that I have seen, and I do admit to appreciating that in my Rogue. That said, it will warn me if I'm close to actually hitting something and I believe will slam on the brakes if I get too close (I'm not willing to test this).

As for the screen showing adjacent cars, sure, I guess, if you were looking to displace your ability to look and use your mirrors I could see that. It certainly sees them which becomes very evident when using features like auto lane change. In general, being able to manipulate that interface would be nice.

Personally, I haven't seen any deal breakers. Far from it. I don't think it's bad that you aren't happy with a lack of certain features though.

Every car I've owned I've liked some things and disliked others. The one big thing that the Tesla has over others though is that it can change without me needing to buy a new car. I can't say how high up or if those items are on their radar, but maybe you'll fish your wish.
•••

The beeps are there, maybe you turned them off by mistake. Check the Park Assist section of the manual.
Reactions: X-pilot and SaintMickey®
•••

When I buy any new car the first thing I do is write a list of: dealbreakers, nice to have, don't care. I thoroughly test the 'dealbreakers' list in test drives. Then I buy or don't buy. As another poster mentioned, you must have the 'beeps' turned off as I certainly have them!
Reactions: XPsionic
•••
B

I think the OP is talking about rear cross traffic warning. I don't know of any new cars in this price range that do not have it.
Reactions: silverm0623, Krisja, h2oAok and 2 others
•••

I do miss rear cross traffic alert. It was a great feature I had in my Lexus.

I will say that I find the field of view of the rear view camera outstanding. I am often shocked at how well I can see up and down the parking aisles when I slowly back it out.
Reactions: h2oAok, TexasTezla and XPsionic
•••

Personally I don't miss it because I have never had it in a car I have owned. I also never park nose in except for Tesla chargers. Far too many idiots racing through parking lots that even a RCTS wouldn't stop them hitting me!
•••
J

TexasTezla said:
Personally I don't miss it because I have never had it in a car I have owned. I also never park nose in except for Tesla chargers. Far too many idiots racing through parking lots that even a RCTS wouldn't stop them hitting me!
Click to expand...

Funny because I never park back in except Tesla chargers. Agree parking lots are dangerous.
Reactions: XPsionic
•••

Notice how auto park on the Tesla does it? Back in.
Reactions: rpiotro, X-pilot, jbadger and 3 others
•••

JayNJ said:
Funny because I never park back in except Tesla chargers. Agree parking lots are dangerous.
Click to expand...

Ha! Yes. I see my mistake. I can only think I meant the charger at my home where I drive in my garage and back out onto the street. Of course, in most Tesla chargers, it is back in.
•••
C

I definitely miss cross-traffic, my wife's Range Rover has it and its wonderful in parking lots and backing out of our driveway. I don't see any technical reason why the Model 3 can't do it.
Reactions: h2oAok
•••

charlieaf92 said:
I definitely miss cross-traffic, my wife's Range Rover has it and its wonderful in parking lots and backing out of our driveway. I don't see any technical reason why the Model 3 can't do it.
Click to expand...

The fact it physically lacks rear radar would be the big one since that's usually how it's implemented.
Reactions: JohnnyMa, android04, Big Earl and 2 others
••• 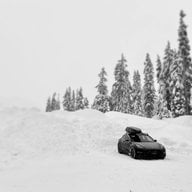 I agree, but in crowded parking lots it may well be nigh impossible without pissing people off. You have to drive aggressively to open up some room in the rear, blast past your spot, then quickly slam into reverse before the person behind you closes the gap. And hope they don't get upset. It may also slightly increase the risk of collision while actually parking with people in the vicinity who back out of their spot and hit you, because they're not expecting that unusual behavior. All risks that can be mitigated of course.

Personally I just park somewhere where there are no other cars. Solves a lot of problems!


charlieaf92 said:
I don't see any technical reason why the Model 3 can't do it.
Click to expand...

Yeah as @Knightshade said...no radar. Maybe one day they'll figure out how to do it with the rear camera and neural nets but it's not clear to me the field of view will ever be as good as radar after backing out two feet, even if they could somehow get the neural net with their awesome new PureVision® system to reliably pick up moving cars in that single distorted camera image. I'm sure @Knightshade could comment.
•••

Your issue really is if you're backing out and there's a big SUV parked on either side of you.

By the time the single rear camera on the entire back half of the car can see anything to the sides like some idiot zipping toward you in the parking lot it's too late.

Other cars solve this by putting small radars on the rear bumper corners, so the very first thing to clear out of the spot can see moving objects coming toward you pretty well and warn you.


I suppose it's possible Tesla could solve with adding cameras in a similar spot- maybe- (though no idea why they would- radar is flat out better for this specific task)- but either way it's gonna require hardware that doesn't exist on any current Tesla.

Same deal with folks who want the 360 overhead parking view all around the car- the cameras to support that simply do not exist on the vehicle.... for example none of the front cameras can see below the hood line.

Other companies offer this by additional fisheye lens cameras low on the bumpers around the car.

The best argument I've seen for WHY it lacks any of those sensors is when Tesla came up with the HW2 package for late 2016 and newer cars, they expected to have FSD working MUCH sooner and figured why spend $ on a bunch of HW the passenger in the drivers seat won't need? The car is gonna park backward by itself and pull itself out anyway.
Reactions: rpiotro, android04, TexasTezla and 2 others
•••

Knightshade said:
The car is gonna park backward by itself and pull itself out anyway.
Click to expand...

Yeah the weird thing about this argument is that the camera visibility is even worse for pulling out forwards than backwards in the problematic situations. So it seems like it still really could have done with the front bumper camera. Maybe it was aesthetically displeasing to Elon?
Reactions: cwhite51
•••

AlanSubie4Life said:
the camera visibility is even worse for pulling out forwards than backwards in the problematic situations
Click to expand...

Best to just use your eyes and go slow! Hasn't failed me in 35 years.
Reactions: Gasaraki and Fernand
•••
R

I do remember Elon saying on twitter a while back (over 1 year ago) that they would add rear cross traffic warnings, who knows what happened to it maybe they will add it with the vector space birds eye view when they release the FSD rewrite?
•••

TexasTezla said:
Best to just use your eyes and go slow! Hasn't failed me in 35 years.
Click to expand...

Of course. No cameras are required, unless someone driving past is not paying attention at all, but I was talking about the computer driving. I would prefer that it be able to see!
••• 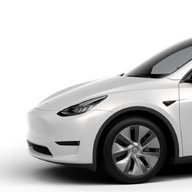 I think all Teslas should have Rear Cross-Traffic Alert and Reverse Automatic Braking.
Reactions: JustVee, Billee, Stach and 1 other person
•••

REAR FACING ONLY child seats in M3- which ones have you used if you're over 6' tall?