notify owners of new software releases before release and explain what each new release is intended to do. I know that when a new release has been received in my car there is a small description as to what it is. I would like a complete explanation of an upcoming change. I do not like to read other owner's guesses as to what's coming, or when or why, I want the corporate explanation. I don't like the long, long rollout of new releases either. I can understand that Tesla can not roll out all new changes to everyone at one time but taking months to have everyone get the new software seems excessive. Why the silence? Why let owner's who have received a new rollout have to explain it to other owners? Why can't Tesla do it? The only explanation I can come up with is that we are the test dummies for new software so only a few will receive the software in case it needs to be revised to correct errors. I'm sorry if I have offended the fanbois by posting this.
Reactions: jeffro01 and Darren Donovan 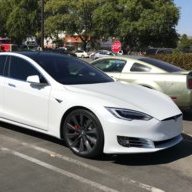 I don't think you're offending "fan boys," I think (hint: opinion, as in "think") you have some incredible unreasonable expectations. Not everyone is cut out for the experience of a Tesla (as an engineer myself, it's frustrating at times, so I feel ya), but if you don't like it, you're free to sell and move on. A person who is thinking of buying a Tesla has to a) deal with the PR nightmares that come and go, b) Elon's overpromises via Twitter, and c) that you are happy with what you have today and if it improves tomorrow, you're even happier.

From a higher level, you seem to omit the issue of competitive intelligence which in Tesla's world, is just about as crucial as it gets.

Not a "fan boy" here, but a realistic owner of a Tesla -- fun to drive, gets from A to B, and cheaper than gas. Isn't that the core reason of owning one anyway?
Reactions: jsmay311
A

I'm not sure I get the issue. Tesla gives release notes when you get the update - it would create much more confusion (for the general population) to get release notes before an update. Yes as with any software they won't publish all the changes, only important ones. Regarding the speed of rollout, Elon commented that they will add a way to request the new update but it's not rolled out yet.
Reactions: SW2Fiddler
I

AvengerBB said:
I'm not sure I get the issue. Tesla gives release notes when you get the update - it would create much more confusion (for the general population) to get release notes before an update. Yes as with any software they won't publish all the changes, only important ones. Regarding the speed of rollout, Elon commented that they will add a way to request the new update but it's not rolled out yet.
Click to expand...

If the release notes were sufficient for the users, why are there so many posts discussing (guessing, actually) what the new software releases actually changed, modified, added. As to more confusion for the general population (I assume you mean Tesla owners), it has never been my experience that explanation of technological changes confuses actual users, unless they are implemented with little or no official explanation. We owners, most probably, are able to understand and handle whatever explanations Tesla would provide us with. Other than the 1 page, maybe 2, of release notes we get after receiving a software update, there is no official description by Tesla of what the new software was designed to do and why. Therein lies my problem. Why is Tesla so silent about "software advances?"
S

I for one believes that it is totally reasonable and expected that Tesla tells owner what an update will do before they decide to apply the update and permanently change the functionality and potentially value of he product to them which they had paid for.

This is especially important since the update is permanent and cannot be undone.

I also believe the current update notes provided post install is insufficient to actually describe the changes. Make AP improvements or 3-4x nagging frequency cannot be just swept under the rug as (various fixes and improvement). That is like the ingredients list in food product saying “material and spices”
E

Impala1ss said:
If the release notes were sufficient for the users
Click to expand...

I dare say that there are MANY times when you take any other car to a dealer and they perform updates that they never tell you about.
In software, the vast majority of updates are extremely minor and often very hard or lengthy to explain. Don't you own a phone or a PC? Is this any different from those devices?

Also, it seems that there is only one code path for the vehicles. That means that while you don't want a specific feature in an update, then unless you defer all updates in the future, you will get the update.
D

Tesla isn't the only company that "releases" or "updates" software and omits portions of those updates from the changelog... sometimes its not worth attempting to explain to the general public. Remember the KISS concept? What about when Apple limited speed/performance for battery purposes (or planned obsolescence if you have your tinfoil hat on), that wasn't in the release notes. As a software publisher who determines what goes into release notes, I often omit things that will cause more questions to be asked than to be answered.

Tesla isn't alone in this practice, but of course as a consumer I understand where you're coming from
D

A phone is in no way comparable to a vehicle. I agree with OP that Tesla should provide clear explanation what the updates do, and let the owner decide if s/he wants to install them.
D

Darren Donovan said:
A phone is in no way comparable to a vehicle. I agree with OP that Tesla should provide clear explanation what the updates do, and let the owner decide if s/he wants to install them.
Click to expand...

How does the owner sign away liability to updates like the braking improvement to the Model 3? Perhaps it was packaged with something the owner "didnt want to update" (implying the owner knows exactly how the updates effect their car, can we be realistic here???)
B

They re-flashed my dodge truck. “Update gear indicator & other fixes”.

I got the update yesterday. My regular drive is a touch better on a tricky corner (but have to try in all light conditions). The nag is about the same. I always drive with a hand at 7:30 on my the wheel.

why has my dash display changed without a recent software update???

Tesla registered the car to someone else