Will Tesla have fewer inventory discounts this quarter?

When I took my Model X test drive, the overall experience was fantastic but trying the Autopilot features was the most memorable and pushed us over the cliff to confirm our order. Now with AP2 hardware rolling out and EAP software not being available at least until December (Tesla Time!), I am thinking Tesla will have to hold on dearly to many AP1 vehicles for all their test drives so they can demonstrate the Autopilot features to customers in the meantime. The AP2 cars rolling off the line won't quite cut it for test drives until EAP matches AP1 capability.

So maybe they won't be quite as eager to get rid of their AP1 inventory this quarter until EAP catches up with AP1 and then heavily discount AP1 inventory next quarter once that milestone is met? Or is the test drive inventory requirement so small, it doesn't really matter? What do you think?
Reactions: gabeincal and Oil4AsphaultOnly
O

Your hypothesis makes sense, especially since you're not saying AP1 sales won't happen (since they will for those who want it over waiting for AP2 to be ready).

But AP2 inventory will be built throughout the quarter as well.

If I were buying for AP, then I'd get 2.0 over 1.0 regardless of how long it takes to deliver the software. So towards the end of the quarter Tesla will still have some AP1 inventory, and only a discount will move them by then. With Musk's claim that the deep discounts were only in the hundreds, the end of q4 inventory flush might surpass q3.

So I think the inventory flush will happen in q4 vs q1, but it won't be material to the quarter. 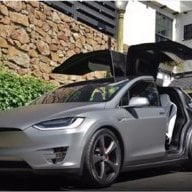 In answer to your threads title - yes 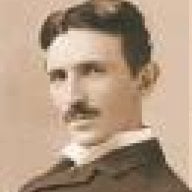 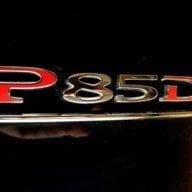 check the cpo sites, the sale on MX P90Ds is happening now

If you look at the historical data on those deep discount X's though they have been that way for weeks. Also if you look at AP1 CPO inventory versus new you will see that the price change for AP1 v. AP2 is almost non-existent. I am guessing you are right, OP. We will probably see large reductions come next quarter when there is feature parity.
G

Will be interesting to see how big the discounts get next quarter! I am also selfishly hoping this kind of keeps the pressure on Tesla to get the EAP feature parity with AP1 sooner rather than later (I am sure Elon already has a fire lit under the Tesla team, what with the M3 launch, demonstrating fully self-driven trip from LA to NY, model Y )