Will Ultra High Fidelity Sound, UHFS get updated on S 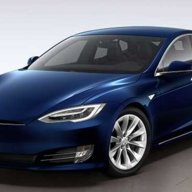 It is known that the engineers did not have a Model S when they first created the setup, and they did with the X which provided a better outcome for the same price. The fact that the audio debate still exists should alert Tesla that its not up to par, specially at the $2500 price tag. Considering that it has been around for a while any reason why the audio engineers haven't gotten ahold of a Model S and improved on their package? I like listening to music when driving and I would opt for the upgrade but when I listened to it I don't see the quality. On my Range Rover I get goose bumps on certain notes by singers like Adele, actual goose bumps first time it happened it was so weird. Anyhow just venting really because I don't want to get the standard audio and open the car up to add a sub like if I was still in college and much rather spend more at purchase but see the value.
Reactions: Tes LA, Andyw2100 and chriSharek

IMHO, as long as people buy it, Tesla lets it be sold. UHFS is not actually broken, so they have not prioritized to improve it via firmware if they can. In fact, there are many outstanding firmware bugs Tesla have acknowledged, but not yet corrected -- especially in Media Player (e.g. USB support) common to 100% of the fleet. I too have UHFS and listen to audio 99.9% of the time I'm in my MS, so would love things like Dolby improved if possible, and/or synthesized surround sound from stereo sources to be implemented like my former vehicles had -- but honestly would rather Tesla first fix firmware bugs across the whole MS environment, then bring Infotainment capabilities up-to-snuff to at least match the competition, before embarking on improvements to UHFS. ...but that's just me. ...now, if there are UHFS hardware improvements to be made, perhaps that's something for MS V2? 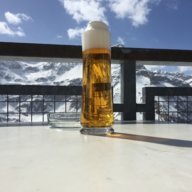 zambono said:
I don't want to get the standard audio and open the car up to add a sub like if I was still in college and much rather spend more at purchase but see the value.
Click to expand...

Still seems like the best solution to me, today. Good news is that unlike in our college days, we can now afford not only a MS but also a professional opening the car up in our place
A

UHFS in my car sounds a lot better than the 2 demo cars I tried. One of those cars was pure sh**, the other was acceptable. So either they are making changes, or there is huge variability.
A

Other than the bluetooth input I'm actually pretty happy with the audio (and no, it's not a *bluetooth* problem, it's a Tesla problem). The only thing I really miss is speed based volume and equalization.
A

I agree with OP and could only imagine what my MS (which I took delivery of today) would sound like if I put $2,500 into it. That being said it's better than without and not terrible by any means.

@AWD, When did you take delivery?

I bought this system to upgrade the UHFS - Light Harmonic. I can be patient on the firmware/software upgrade, it will come..

From what I can tell, the Tesla system is pretty much garbage in garbage out. If I play FLAC from a properly recorded source it sounds great, otherwise not so much. Some systems have filters to help poorly recorded music (and there is a lot of this) or lossy compression. Interestingly, the Prius premium sound system acted the same way.

Of course, the interface needs a lot of work, but that's another thread.
Reactions: Tes LA, Andyw2100 and tomas
A

zambono said:
@AWD, When did you take delivery?
Click to expand...

I thought I read about the Light Harmonic guys getting sued. Probably due to non delivery.

They are moving at Tesla speed on delivering a new product. Here is a recent picture of the product waiting on CAPS to be soldered to the Class D AMPS. Sued no - some orders cancelled - yes

what's taking them so long? In the time they went to take the photo and post the picture online, they could have finished that board.

Software projects always take twice as long and work half as well as expected. Hardware projects take even longer.

I think they are using a certain capacitor and are waiting for those.
M

jerry33 said:
From what I can tell, the Tesla system is pretty much garbage in garbage out. If I play FLAC from a properly recorded source it sounds great, otherwise not so much. Some systems have filters to help poorly recorded music (and there is a lot of this) or lossy compression.
Click to expand...

This is pretty much the case with any higher end audio system. Clarity reveals compression artifacts that a lesser system would conceal which essentially makes the upgraded system worse in some instances. I had the B&O system in my A8 and my 535D and in both cases it sounded pretty wretched with compressed music, much worse than other systems. In both cars satellite radio was basically useless because it's so heavily compressed that the system made it sound like garbage. But if you put a good source into it then it was great.

After having those systems I had low hopes for the UHFS but I've been pleasantly surprised. It's not as nice as the B&O systems but it's not bad at all. I'd peg it somewhere in between the Logic 7/ Harmon Kardon system in my old 5 series and the B&O in my last 5. Very good, not great. It could benefit from more controls.

The one thing I don't get is that there is still this argument between the base system and the UHFS. The two aren't even close to comparable. The base system distorts at mid to high volume, has almost no discernible bass and just sounds bad. I think that people that say there's no difference between the two systems might be the kind of people that don't ever crank their music which is fine. For people like that the base system might be the better choice and will indeed sound the same as the UHFS but where the UHFS shines is clarity at higher volume and overall bass response.

Is it $2500 better than the base system? I guess that's open for debate. It's half the price of a B&O system in the BMW and 3 times the price of the Harmon Kardon system. Since performance seems to fall somewhere between those two systems personally I think $2500 is probably on par with the market.
Reactions: Tes LA and BertL
A

Lossy compression is based on human hearing not hardware limitations, the effects of either should be perpendicular to each other. There's absolutely no proof that a human can distinguish a file that was *properly* lossy compressed and a lossless file. That said there's many bad compresses from either choosing a crappy encoder or bad bitrates. On the other hand what I've seen with the Tesla system is that certain inputs are degraded in a third way, basically attenuation and bad equalization/bandwidth.