XM Radio Favorites - Tesla broke it - says it's "as designed". Hasn't used a radio in 40 years?

Put in a service ticket. Maybe with enough tickets it will get fixed.
Reactions: crackers8199
•••
C

this has been going on for a while. there are multiple threads about it. at least one member is planning to go to arbitration.

I wish I could help you all more in getting this fixed, but as my retrofit in my model 3 is unsupported there's not much I can do to report any issues.
•••
C

SabrToothSqrl said:
Latest: Tesla replaced the XM tuner. I had to pay XM $37 to transfer to the new ID.

It still does not work correctly.

does the new tuner at least fix the scratchy / static-y audio from SXM and FM?
•••

crackers8199 said:
does the new tuner at least fix the scratchy / static-y audio from SXM and FM?
Click to expand...

SabrToothSqrl said:
I have not had that issue. it sounds fine to me.
Click to expand...

crackers8199 said:
even with the old tuner?
Click to expand...

App says " working as designed again" can't wait to educate another 12 year old lemming on how favorites not only work, but show them the owner's manual. I'm not getting anywhere. Filing with the AG tomorrow. It's beyond frustrating to not only have something broken, but then be told it's not broken? They can barely do it with a strait face when I ask how the favorites work on their cars and radios. I plan to dedicate a few hours of my day to ensuring they understand the problem tomorrow!

I've emailed the Arbitration company a few times, seems like it takes weeks for them to reply. Going to call them tomorrow since Tesla is only interested in stressing me out.
Reactions: DBV1
•••
F

This is how a lot of Tesla's software works. In trying to be "smart", they make things that are really dumb. They need to learn about the principle of least astonishment. There are huge UX mistakes all over their software.
•••

I emailed Jalopnik, who knows, maybe I'll get lucky. Maybe the local news wants in on this.
Reactions: DBV1
•••

I put in a new ticket, I'm updating based on information I've discovered. At this point I KNOW I've done significantly more hours of troubleshooting than Tesla has.

There was a person at the service center, who did (on my requirement, but was also willing) took a good 30 min to review the issue, see it in person, and hands on. I thought we had a good conversation, and hopefully it will be fruitful.

If I had to guess, he's being given incorrect information, but states he will continue to advocate for me.

Because the app is only on my phone, and I'm not 12, I'll be writing the issue here for all to see then copy/pasta into the app.

ISSUE:
For over 6 months, and since an update near that time-frame, XM behaves as if it 'forgets' the XM radio presets. (they still show on the screen as existing). If you favorite multiple stations, the 'next' and 'back' buttons on the steering wheel operate 100% correctly, just as page 46 of the owners manual: https://www.tesla.com/sites/default/files/pdfs/JO/model_x_eu_en.PDF state. After approx. 20-30 minutes, the vehicle 'forgets' that the XM presets exist, and the 'next' and 'back' buttons on the wheel operate XM stations incrementally. 1,2,3,4,5, etc. Rather than moving soley between saved presets. If you remove and re-add presets, it operates correctly again. The 20-30 minute 'forgetting' occurs whether the car is in operation, or parked with no one in it. This is reproducible on demand as well. Setting favorites, maneuvering through them correctly. Then within 20-30 min, the car 'forgets' they exist, and operates accordingly. Every time, without fail.


At this point, I know when it occurs. I know how it occurs, and I can replicate it on demand. It worked (failed?) so perfectly within the 20-30 min mark, that when the sales person and I were sitting in the car, it worked correctly for him, for about 5 min, then without even putting the car in drive, failed perfectly!

I even know where it occurs - software. Something is "forgetting" the favorites exist, and I'd even fix it for them, if I had access to the source code, or could remote into a machine that did. I'd happily take my time to fix it. Anything is better than being gaslit about an 'algorithm' controlling presets.
Last edited: Oct 28, 2022
Reactions: crackers8199, Tezlowski and DBV1
•••
F

SabrToothSqrl said:
I'd even fix it for them, if I had access to the source code
Click to expand...

^ This. They should totally open-source it and crowd source the labor. The software would improve and so would their bottom line.
•••
D

Thank for being so thorough on this. Great write up. I don’t understand why Tesla does not have permanent favorites. I could care less about recents. For some reason, the recents are songs I listened to months ago and not the favorites, like FM, Sirius or others that I always listen too.
Reactions: SabrToothSqrl
•••

Issue still exists. I'll make a new video if I have time.

Filed with the attorney general today.
Reactions: Tezlowski and crackers8199
••• 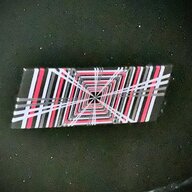 This seems like something they could easily fix if they just dedicated a little time to it… the freakin car can drive itself but can’t get favorites right… that’s just silly… I’m looking forward to the fix and would also like the favorites to remain on the screen and bot go to a dedicated channel page that serves zero purpose.
Reactions: crackers8199
•••

I wish I could covertly record the person at Tesla condescendingly explaining "algorithms" to me.
(See earlier post! Text is directly from my invoice).

Unfortunately, for how much fun that would be, that's a bit lower than I'm willing to go...
At least until this drags on another 6 months. Then it's no-holds-barred.

Tesla's unwillingness to simply admit there is a problem is infuriating beyond words.
Can't wait to hear what nonsense they write up this week!
They've been completely radio silent, so I'm sure no one has even glanced at this.

The AG acknowledged my submission.

I should have time next week to visit another 1-2 service centers. I need more intelligent eyes on this.
•••

Update: TESLA ADMITS THERE IS A PROBLEM. Still refuses to actually do anything. I've put in tickets, and now they just close them out. But they appear to close them out faster and faster. Which means: I need MORE tickets!

Sadly, I blame myself for sitting on this for so long, thinking they'd fix the issue. 7 months later, I plan to follow up much more frequently.
My mistake, I was too nice! I let them gaslight me for much too long!

Confirmed customers concern in the parking lot of Mechanicsburg service location on 10/28/2022. Escalated customers concern to engineering with information gathered during conversation with customer. Engineering confirmed customer concern on another Model X equipped with same configuration, firmware, and XM. Concern was duplicated by engineering and is similar to what was described by customer and service advisor from that day. Engineering confirmed this is a known characteristic of the firmware. No further action required and follow up visit for same concern is not required.
Correction: General Diagnosis - No Trouble Found
Pay Type: Goodwill - Service


No action required? FIXING IT? That would be a start. Looking into small claims court next week!
Reactions: Tezlowski and DBV1
•••
C

elon is such a joke.
Reactions: SabrToothSqrl
•••
Y

After I activated and paid for my service, thanks Elon for no free trial on a $100k car, I was somewhat pleased to find this thread to know that I wasn't going crazy or doing something wrong. All of a sudden, driving to work today, I was able to toggle through only my SXM presets and it's working as designed. 2023 MXLR 2022.28.400
Reactions: SabrToothSqrl
•••
C

yachtbroker said:
After I activated and paid for my service, thanks Elon for no free trial on a $100k car, I was somewhat pleased to find this thread to know that I wasn't going crazy or doing something wrong. All of a sudden, driving to work today, I was able to toggle through only my SXM presets and it's working as designed. 2023 MXLR 2022.28.400
Click to expand...

K
After 8+ years, no longer a Tesla owner!