A hacker who tried to access Tesla’s computers pleaded guilty this week to a charge of “conspiracy to intentionally cause damage to a protected computer.”

A court filing shows that Egor Igorevich Kriuchkov will serve between four and 10 months in jail with three years of supervised release. He will also be ordered to pay $14,824.88 in restitution.

The filing outlines Kriuchkov’s efforts to pay a Tesla employee $1 million if they could successfully access Tesla’s computers to collect information that could be used to collect a ransom. The Tesla employee turned to the FBI, who coordinated an operation to record Kriuchkov revealing his intentions.

Kruichko, who initially pleaded not guilty, was scheduled to go to trial last year. His sentencing is scheduled for May 10.

“The swift response of the company and the FBI prevented a major exfiltration of the victim company’s data and stopped the extortion scheme at its inception,” Acting Assistant Attorney General Nicholas L. McQuaid of the Justice Department’s Criminal Division said in a release. 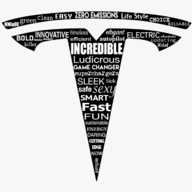 I think kudos goes to the swift and impeccably moral and honest response of the employee who would not be bribed. I hope he got a performance bonus.

For those of us who don't understand your shorthand, exactly what does your post mean?

Tesla's Delivery Difficulties Nov-Dec 2018; or, The Odyssey of My Model 3 Delivery