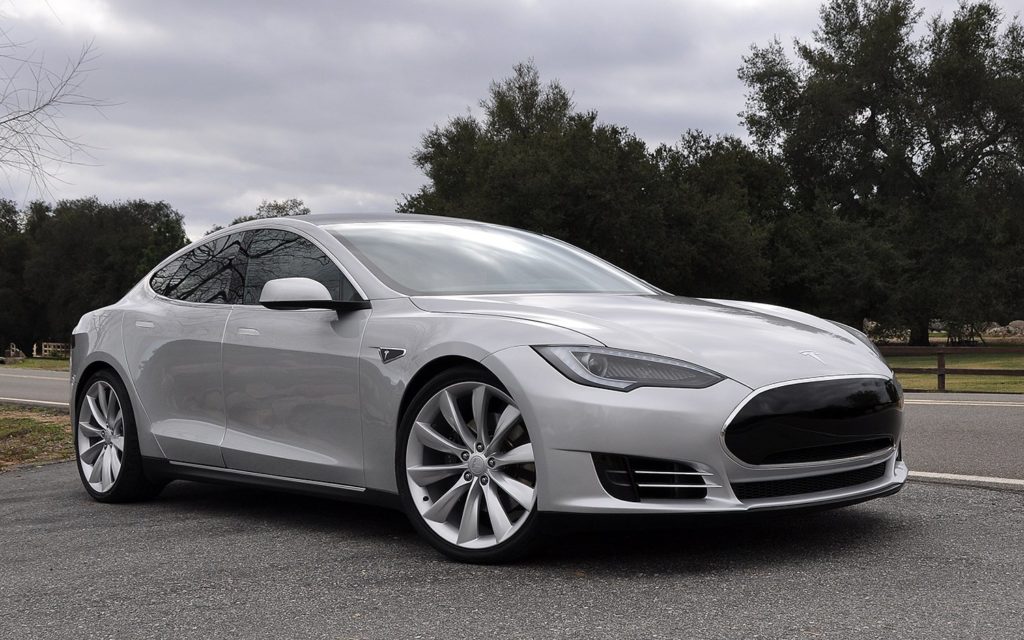 As the world continues to wait for Tesla to produce an affordable Model 3, it’s worth remembering that value was part of Tesla’s pitch a decade ago.

When the company debuted the highly-anticipated Model S in 2009, they issued a press release touting a $49,900 electric car. Chief Executive Elon Musk offered a quote later in the release to drive home the great deal.

“Model S costs half as much as a Roadster, and it’s a better value than much cheaper cars,” Musk said. “The ownership cost of Model S, if you were to lease and then account for the much lower cost of electricity vs. gasoline at a likely future cost of $4 per gallon, is similar to a gasoline car with a sticker price of about $35,000. I’m positive this car will be the preferred choice of savvy consumers.”

The Model S that packed all the “value” didn’t actually hit the configurator until three years later. For that $49,000 price tag, Tesla offered a Model S with a 40 kWh battery pack and a range of 139 miles. And like any other entry-level version of a vehicle, the 40 kWh Model S was missing several features. Buyers got the 19-inch wheels and 17-inch touchscreen found on the $80,000 Model S 85 kWh Performance version, but had to pay up for options like built-in navigation and a back-up camera. But, most notably, the 40 kWh cars did not have Supercharging.

The 40 kWh Model S went on sale in 2012. By April 2013 it was removed from Tesla’s offerings, which was announced in another press release:

Also being announced today is that the small battery option for the Model S will not enter production, due to lack of demand. Only four percent of customers chose the 40 kWh battery pack, which is not enough to justify production of that version. Customers are voting with their wallet that they want a car that gives them the freedom to travel long distances when needed.

It’s estimated that about 400 Tesla Model S 40 kWh cars were delivered, but the truth is, Tesla never actually built the 40 kWh Model S. Instead, they filled the orders using 60 kWh packs to save the development costs and used software to limit the pack to 40 kWh. The cars benefited from improved acceleration, a higher top speed, and the option to unlock the full 60 kWh for $10,000.

So, you could say that Tesla’s first attempt to sell an affordable electric car flopped. An overwhelming majority of customers were willing to pay up for more than the base model offered.

It will be interesting to see if the base version Model 3 with its 50 kWh battery pack and 220 miles of range receives similar reaction. A survey from Model3Tracker.info found that 87% of the U.S. reservation holders participating in the survey said that they want to add at least one option – meaning that only 13% plan to buy the basic Model 3 at $35,000.

The Model 3 Long Range has already proved it can top sales in the midsize luxury sedan market, and has attracted the most trade-ins from owners of cars like the Toyota Prius, BMW 3 Series, Honda Accord, Honda Civic, and the Nissan Leaf. The fact that cars from a more affordable segment are being swapped for a Model 3 that starts at $49,000 (interestingly the same price as the Model S 40 kWh) bodes well for both the budget and more expensive versions of the vehicle. The Standard Range RWD version of the Model 3 is expected to start production early next year.

Or, you can skip the Model 3 and buy the OG Tesla budget ride – the Model S 40 kWh. Low-mileage versions sell today for around $40,000, near the original sticker price. Spend nearly double that amount and you can get a new Model S with a 75 kWh battery, which starts at about $75,000.

It’s not going to be be your best option for a road trip, with owners reporting the aging battery packs dipping range below 130 miles, but it may be an opportunity to own a rare classic.

You could make a case for the 40 kWh Model S becoming collectible, given its low production run. Those that have not unlocked the 60 kWh battery could be among the rarest Teslas.

TMC has several owners of the 40 kWh cars that jump in the forums from time to time. And, there’s the occasional request on TMC from someone trying to track down a 40 kWh car for purchase. Owners seemed to be mixed on whether it’s worth it to unlock the 60 kWh battery, though some owners claim they have negotiated a lesser fee from Tesla for the upgrade.

So will the base Model 3 go the way of the Model S 40 kWh? Will it be the “value” that nobody wanted? Or will “savvy consumers” feel they finally have the “freedom to travel long distances when needed.”

And, is it possible that someday a Model S 40 kWh could best a Model 3 at auction?