Car broken into without damage

Hi All
I have a 2013 MS. I live in brooklyn in a great neighborhood and park on the street. Twice in the last two months someone has entered my vehicle and gone through my glove box and taken sunglasses. No visible signs of damage. How are they getting in?!?!
Went to service center and waiting to hear if they can get any info from logs.
Anyone else had this?
Is there some hack out there to enter Teslas?
Sort by date Sort by votes 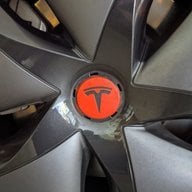 That's per driveway in some Brooklyn areas. Don't most areas have don't walk or drive through places?
Upvote 0

bobby g said:
That's per driveway in some Brooklyn areas. Don't most areas have don't walk or drive through places?
Click to expand...

Also assuming you don't have Sentry mode available/enabled.
Upvote 0
A

Ostrichsak said:
Kind of odd but I had a situation a couple of years ago where our Model S was broken into at the trail head... with no visible breakage. The ONLY thing I could think of is that the criminals were parked right next to the car and opened the door before the handles retracted as we rode off on our bikes. To this day that still doesn't sit well with me as I genuinely am not sure how it happened. I'm not careless nor do I forget things and the car for sure was locked when we returned and nothing was damaged. In fact, it wasn't until later as we left and I started checking all of the notifications on my phone and had various notifications from credit card & banking apps saying that I was making purchases did I realize something wasn't right.

At first, I thought maybe someone hacked my account(s) or something and it was being done online. I checked and my wallet was still right where I placed it. When I realized all of these charges were to a local-ish Walmart back in town I actually opened my wallet and saw what had happened: they took only credit cards and large bills of cash. My wallet still was right where I left it and had the same visual shape to it. They knew what they were doing and how to do it because they left some interesting things in the car and all of this bought them some time. There was NOTHING indicating the car had been broken into other than physically missing cash and credit cards. Nothing else.

To this day that one still puzzles me as I've run through it countless times in my head and I still haven't arrived at an acceptable method of gaining entry into our vehicle. My wife and I both took our fobs with us so there was no way to just walk up and push the door handles. We're always very aware of our fobs and make sure if we leave other items in the car we always take those and have them on our person.

According to local LE this is a rather high-tech ring that they've been tracking for some time so I wouldn't put it past them to be using whatever the latest tech is. I never really allowed myself to fully believe that though and always assumed it was the "low tech" method I explained earlier of catching a door handle before it closed as we rode off. I still just don't think that was the case as we were pretty close to the car (50ft maybe but far enough the handles would have retracted after 30sec) before we actually rode away.

Monitoring this thread to see if it's something others have maybe experienced. I haven't posted about it (I don't think) until now since I had largely assumed it was operator error that allowed it to happen but maybe there are others who had similar questionable experiences.
Click to expand...

I always put my wallet in my backpack. I have zero valuables left in the car nor have anything that even looks like valuables or packages in the car. Been safe so far.
Upvote 0

B
Low power, no acceleration

What would you do? Keep or replace this service damaged car?