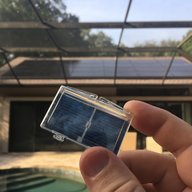 I was disappointed to see that my Duke Energy Florida monthly bill that I had gotten used to being about ~$14/month had jumped to ~$35/month in January. That 2.5x increase I eventually learned is DEF's new minimum bill requirement that the Florida Public Service Commission voted to allow amongst other consumer cost increases.

In looking for details about this change I found the DEF Rate Schedule document for RS-1 and saw a paragraph that discussed an EV Off-peak charging credit of $10.

The DEF website is a bit of a challenge. Doing a Google search for 'duke energy florida net metering' returns this Net Metering - Duke Energy. But, selecting Florida drops you on a page that says: "We're sorry. This offering is not available in your area." Clicking around a bit on the website though you can eventually get to a Renewable Energy page that actually has the Net Metering information on it. (Also on this page is the DEF historical COG-1 rates [what they pay per kwh for excess generation] I believe too listed under 'Maximum Generating Facility Size'. As well as the questionable need for increased liability limits for solar systems of 10kW or more.)

It was the RS-1 rate information that I was looking for when I ended up on a page entitles simply Rates. Under a section called 'Retail Tariffs' there is a bunch of PDF links and a link to the Index of Rate Schedules and eventually to RS-1 Residential Service. And there on page 1 at the bottom is the reason for this post: Off-Peak Electric Vehicle (EV) Charging Credit.


The designated off-peak periods for the EV charging credit, expressed in terms of prevailing clock time shall be as follows:

I wanted to learn more about what this program was and searched for additional information. Google searches returned nothing interesting looking for: Off-Peak electric vehicle charging credit. And, searches on Duke's website also yielded nothing. I did eventually find a paragraph referencing it but with no details. I also searched on TMC and found nothing about the credit either. So, I sent a request to Duke Energy via an online form and they sent this link back to me: Off Peak Credit - Duke Energy.

When you go to the link you'll find that it appears to be only partially functional based on the MENU drop down is missing a lot of detail relative to other Duke's pages.

The link shows requirements of the credit and a lot of relevant information. Note the "Level 2 charger (customer choice)" requirement; Tesla gen 2 mobile charger is sufficient. Going through the process there is an on-line application to fill out. You send in a couple of pictures showing registration and that your car can handle a start time of charging for off-peak hours. Then you wait a little bit for Duke to approve you.

Once approved... it gets a bit odd. I think depending on your vehicle you'll get referred out to a third-party. For me with my Tesla Model Y 2020 I was sent to Rolling Energy Resources. Give them your name and email address and then they do what I hope to be a token exchange between Tesla and yet another party using your Tesla login. This fourth party had a website of 'tesla.smartcar.com' and did an oauth out to Tesla. You are told after this what information they are being granted. (Sure, it might have been in one of the links that I didn't read that had a check-box saying I read them.)

The permissions that they are granted in all this is: 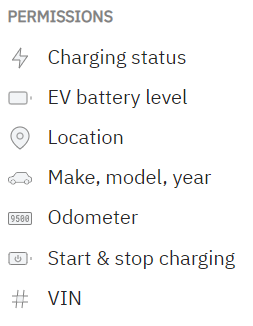 I am certain that for this $10 monthly credit that one or more of these companies will be selling information gleaned in this process.

After doing all this I received a confirmation email from: MyChargeConnect, but within it was all Duke Energy branding with a header of "EV COMPLETE".

I wouldn't expect the credit to show up this next month, but hopefully the one after that and it will partially off-set the new minimum bill requirement that sent me down this rabbit hole to begin with.
•••
J

Are they going to also control when you can charge (for example, stopping your charging if they want to, if you charge outside of off peak time)? I am not in FL so its an academic question, not something I would be taking action on.

The fact that they make you give up your tesla token so they can get information on your car would be a non starter for me, if a similar program were out here in CA. With that being said, I also do not participate in any virtual power plants etc, and likely never will, given how poor my experience was with a utility program that allowed them to cycle off my AC in exchange for a small credit was, a few years ago.
Reactions: ACarneiro, bemyax and jboy210
•••

I am not a fan of sharing the token either. Especially, not happy that location data (Location permission) is being shared. But, given the assumed need for geofencing within the DEF territory I can see why they might do it. (Driving outside of DEF territory and charging on-peak shouldn't remove the credit I assume.)

And.. I'm not sure why the permissions would need to include 'Start & stop charging' either. Nothing I read or found indicated that they would change my charging at their discretion.

My assumption (hope) is that the Tesla API is simply not capable to provide some aspect of data that this system was designed to need without also being given the permission called 'Start & stop charging'.

If I see any odd behaviors with charging I'll add to this post in the future.
Reactions: jjrandorin
•••
J

BTW, interesting information, thanks for sharing and specifically with the level of detail you provided.
••• 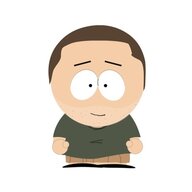 FYI...Duke Energy offers a $10 credit per EV (max 2 vehicles) in your household if you agree to only charge the vehicle during off-peak hours. After learning about this, I was curious to see how this would work as I typically only charge during their advertised off-peak hours anyway...

Avoid this like the plague. Car wakes up automatically every 30 minutes to check charging status. No thanks!

Duke uses smart meters, send me a monitoring system with a CT that clamps on my charging circuit and I’ll make it happen. No more monitoring my car for a measly $10.
Reactions: Troglodytes and jjrandorin
•••
D

Duke Energy is a Monopoly here in Florida. They do not want Solar Power and will do anything to undermine it. THis is a tragety for the green energy community. They are sending a mixed signal it is either support solar or force the continuation of the current 100 year old technology whose time has come and gone. I am working to put solar on my home and I had to rescale my system to half or be forced to acquire $ 0ne million liaability insurance, effectivly gutting my ROI. Write your Govenator, your local rep and the Utility Commission, which are a bunch of fat cat appointees taking orders directly from Duke Energy.
•••
1

I reached out to Rolling Energy Resources and they know they're waking Teslas but call it an "edge case". Definitely do not sign up for this program until they can fix their software.
•••

tl;dr- DEF Off-Peak Charging Program is not good for Tesla's. Risk of long-term damage to HV relays. Cancelled out of the program and don't recommend it to others at this time.


I hadn't logged in to TMC for a while and missed the notifications about replies to my original post. @solodogg is correct.

It is now my opinion also that the Duke Energy Florida Off-Peak Charging Program is not good for any Tesla owners.

I didn't see an easy way to get log information showing from either my Model Y or from Tesla on how often it was being polled for charging data. But, after reading @solodogg's post I set up a sound sensing camera on the car trying to catch it being polled. (You can hear the High Voltage Relays clacking on when the care is woken up.) However, the sound heard by the camera wasn't enough decibels to trigger my camera setup.

But, just a few days later on the weekend I was working in the garage for a few hours and heard the HV relays close three times, roughly every half hour at 2pm, 2:30pm, and 3pm. The off-peak hours per Duke's website and chiding emails about charging during on-peak hours states that off-peak is: "Monday-Friday, 10 a.m.-6 p.m., 9 p.m.-5 a.m., weekends and holidays". There isn't any reason for the third-party to be polling data during off-peak times. I can only assume that the data is being polled for other reasons beyond validating the charging times to justify the credit.

The car shouldn't be polled for data and taken out of deep sleep during times when it is acknowledged to be off-peak and it definitely shouldn't be polled every thirty minutes of every day. Each time the car is being polled for data it is taken out of deep sleep, left on for as long as twelve minutes (duration of one of the times I listened for the HV relays to disengage), and engaging the High Voltage relays too.

At every thirty minutes this would happen seventeen thousand five hundred and twenty times in a year. 17,520 times.

I assume that the engage/disengage cycle testing by Tesla of the HV relays isn't designed for that high of a rate of use.

I did try to find the replacement cost of the HV relays, but wasn't able to easily do so. I'll also assume for now that the replacement of the relays is in the thousands on the basis of its Tesla and the hassle cost to me of replacing something that would have been damaged. A $10/month credit doesn't justify the assumed damage cost. And, this doesn't even consider the unnecessary battery drain when the car is woken up from deep sleep.

Once I decided to cancel... Duke was as expectedan adventure... I was transferred to three different groups because no CSR's knew what the program was. I eventually arrived with someone who was willing to do some research and after I gave them the website where I signed up they were able to find the program in their systems. It had a contact email listed that was marked as private and not to be given to customers. They wrote an email on my behalf to ask for me to be removed from the program.

I then followed up with the third-party service provider, Rolling Energy Resources. I was transferred to someone who acknowledged hearing similar complaints regarding their too-frequent polling implementation, but at this time they didn't have any other way to get the data. I would assume that this is a limitation on the Tesla API side of things. (But, why poll data during off-peak times at all....) They did kindly offer to invalidate the oauth token for me as well as contact Duke on my behalf to cancel out of the program for that I was appreciative of their willingness to do so.

But, in the end, I changed my own Tesla password which also invalidates all outstanding tokens too.

My thanks to @solodogg for posting and pointing out the severe problem with this program.
•••
1

Has anyone followed up with this lately to see if Duke or Rolling Energy Resources have fixed this?
•••

Tesla Energy Thursday at 6:46 AM
skepticcyclist