My Service Experience (so far) 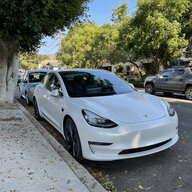 I picked up my new (to me) 2020 MX LR+ in late March and have been loving it so far, however I have had some issues that I finally took to get fixed. The closest SC is about ~200 miles from where I live so I have been avoiding getting them fixed but they finally got so annoying I HAD to take the plunge and just get it over with. One of the most prominent ones was a creaking/crackling sound whenever accelerating or decelerating, noticeable mostly at low speeds. Other slightly less annoying issues were my backseat cupholders not popping out, the chrome trim under one back seat was popped out of place, and a piece of window trim on one of the falcon doors was sticking out.

After making my original SC appointment they called to say that the parts they ordered would need some time to come in, so they rescheduled for a week later. Understandable, no problem. This post is about the Monterey/Seaside SC, by the way. I left a couple hours before my appointment just to account for drive time and still arrived a little bit early. They saw me right away, looked over the car, and the employee asked me to take them for a drive to see if we could recreate the creaking noise I have been hearing. Frustratingly, the car wouldn't make the noise!! I know now that it had something to do with the car being driven and warmed up, causing it to not make the noise - it was most prominent when the car had been sitting for a couple of hours. Fortunately I had a video of the noise I recorded prior to the appointment which I was able to email them, however when I asked another SC employee if they received the video, they told me that videos of noises don't do much good since they don't know where from the car the noise is coming from. This was my first major frustration; I understand the issue can't be fixed from a video alone but if the car isn't making the noise at the moment and the video is the best I can do, they could at least use it to attempt to diagnose the issue. At another point another employee tried to downplay the issue saying it is probably just brake dust - we all know now that it was NOT brake dust. It was discouraging to have been dealing with this issue for some time now, just to be talked to like I don't know what is going on.

Surprisingly we were provided with a loaner vehicle, a 2018 MS 75D with free supercharging, and not software limited to Chill Mode! We received the vehicle through Enterprise but it was all orchestrated through Tesla, a very simple process. I was pleasantly surprised that we were provided with a loaner as I have heard mixed messages that Tesla no longer provides them; must just depend on your SC location.

Around 5pm the same day, I got a call from the SC and they explained that all the issues I brought up were resolved and that the creaking noise had something to do with the axels and air suspension not being lubricated properly from the factory (wish I could provide a more technical answer but that's the best I can do with what I remember from our conversation over the phone). After letting the vehicle sit for a couple of hours and working on the other issues, they were able to hear the creaking noise and properly fix it (I HOPE!!!). From my own amateur research I came to the conclusion that it was a control arm issue but apparently that is not the case. The employee I spoke with on the phone was happy to answer all my questions and did a great job of explaining everything to me. I will pick up the car on Monday, drop off the loaner, and hopefully everything will be fixed! Just because the universe is sometimes not on my side I can see the creaking noise coming back, but hopefully it does not!!! Knock on wood!
Reactions: iustin and sacfan

Noisy tailgate on my '21 Model Y - Any body shop pros out there that can give an opinion?