Another Option to Selling Your Tesla


We run a company on the west coast where we use your car to create an income flow, check out our website!!!

If the car doesn't make atleast the loan then I guess it doesn't cost them anything. easy for them as they dont have any cost to it.. but you still have to make your lease payments to tesla but don't have a car?

also leasing usually means you have limited mileage.. this would totally cause you to go over if it does become a popular car to lease
Reactions: Amit519
•••
R

its not for leased cars...only financed, and there is a limit to miles per year...its interesting, however they have all the model X's they need and only looking for S and 3 now
••• 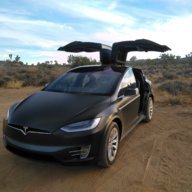 Made the mistake of trying to revenue share with Mr Mulliner's 'Your Tesla Rental' company as described above. Would not recommend it. The vehicle was rented out at half the daily rate orginally discussed, the mileage was significantly higher than projected, he misrepresented (generous term) how often the vehicle was rented out, broke contract multiple times in just two months and returned the vehicle with minor damage for which he/his company has yet to take responsibility. He no longer responds to emails and currently over a month late in the last month's revenue share. So while his "model for sustainable rental cars" is a nice concept, it did not work out well in practice. I don't like to disparage young businesses, but at this point other owners should be warned.
Reactions: Don TLR, Cowby and glewis83186
•••

K
And another change to screw potential owners (no lease buyout)