I use a 2nd dashcam in my M3 and the power adapter broke off in the cigarette 12V power port. Since there are no fuses how would I use pliers to get the part out without shocking me or doing damage to the car?
•••
C

12V isn't going to shock you on the surface of your skin. You'd have to stab something into your skin with both the positive and negative to get any interaction. But then you've stabbed something into you, and that probably hurts more to be honest.

There's an "e-fuse" that, if tripped, will reset anyway eventually. If you do short it, it will cut power and should return to normal operation some time later (minutes, maybe up to an hour).

Just try to dig it out while keeping to the sides of the socket (with whatever you're using, needle nose pliers etc.). Avoid shorting the center (at the end) to the walls of the socket if possible, but you probably won't damage anything if you do.
••• 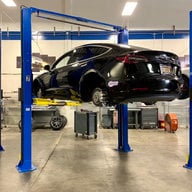 You could power down the car via the Safety and Security menu.
•••
C

todd2fst4u said:
You could power down the car via the Safety and Security menu.
Click to expand...

I often hear this gets rid of 12V power at the socket, but mine stays on personally.
••• 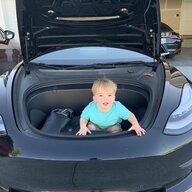 Plastic or rubber coated tools, but you’ll be fine
•••
B

Ok, thank everyone for their help
•••

camalaio said:
I often hear this gets rid of 12V power at the socket, but mine stays on personally.
Click to expand...

Disconnect 12v battery in frunk after powering down.
•••

Model S: Interior & Exterior Today at 8:59 AM
Ulfilias
U
A
Instructions for Homelink with Merlin 230T and the Tessories homelink receiver

Technical Dec 23, 2022
andyj21
A
M
ModelX Install after market Amp where to power the unit?