I've been dealing with confusion of different types of "electrified" vehicles for years now.
Some "clever" manufacturers have even used misleading terms to sell their fossil fuel powered vehicles as electric ones.
I did my best to make one comprehensive list (though I had to remove some reasonable explanations/assumptions
as "assumptions are not allowed by policy").

Definitely with spelling and style mishaps, hope to get some feedback.
Does anybody know any OTHER type of car/bicycle/vehicle that doesn't fit any of those propulsion systems?
I definitely want a FULL list there.

When the list is complete (science is never final) with easy to understand explanations I hope one more Wiki article will be helpful. Confusion postpones adoption
•••
A

I say it is incorrect. I say correct definition is:
PEV is a subset of EV that drives on stored electrical power that is acquired from grid.


Example:
This is an EV and not PEV: This is a PEV (and also EV and also BEV). 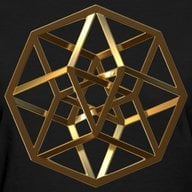 I suppose one could postulate a PEV where the electricity is used to generate H2 from electrolyzing water on board the vehicle, then running the vehicle on H2 by means of a fuel cell. This PEV would not contain a battery (at least not an electrochemical battery in the conventional sense). Although this example is a little far fetched, and perhaps not even very practical, it is certainly possible to build such a contraption. And it's potential existence would indicate that the definition of PEV should be merely a electric vehicle that obtains energy by means of being plugged in. Doesn't matter if the energy is stored in a battery or some other means.
•••
A

Though that thing would, in addition to PEV, be PFCEV as well. Therefore PFCEV is a subset of PEV and also subset of FCEV?
I thing we need a HUGE Venn diagram
•••

I think the classification system is actually fairly simple, conceptually: The classification has 4 components: {plug/no plug, storage type, alternate source, electrified or not}. The field types have at least the following elements: {[P,blank],[B,FC,blank],[blank, H], [EV, blank]}. SO choosing from one alternative in each of the 4 categories results in the acronym. (Here "blank" should be understood as "no character" rather than "space").

And yes, a vehicle can be a subset of one or more supersets of vehicles, because conceptually, vehicle classification is not a tree, since there are independent attributes.
•••
K

Hybrid
It is a technology that uses gasoline and electric motors to provide forward power for cars. Generally, a gasoline engine is mounted under the front hood, and a set of battery-driven electric motors are also installed on the car. Hybrid is currently the lowest-cost model. Its battery capacity is small, and there is no need to charge the battery, the battery will charge itself during driving.
Of course, some Hybrid cars can also be driven by pure electric, but because of the small battery capacity, they can usually only advance a few kilometers at a low speed. Once the speed becomes faster, the engine will restart.

PHEV
In fact, PHEV and Hybrid operate on similar principles, both of which use electric motors to assist traditional fuel engines. PHEV retains all the features and advantages of Hybrid. The characteristic of PHEV is to use a plug to charge the battery pack in the car. Because of this plug-in charging function, PHEV batteries have a larger capacity and higher output power.
In fact, you can also use PHEV as a general Hybrid, because PHEV's battery will also be automatically recharged with the kinetic energy of the driver. It is just because the battery capacity is several times that of the general Hybrid, so the recharge speed and efficiency are slow. It is recommended to stop and charge the battery plug-in, otherwise it would seem to be meaningless to purchase PHEV.

EV
Electric Vehicle is only using batteries and electric motors to drive the car forward. Therefore, the biggest advantage of EV is, of course, that there is no need to use a drop of gasoline or diesel, and it can achieve true zero exhaust emissions and zero engine and exhaust pipe noise. Therefore, EV has been recognized as a major environmental protection trend in the future.
Another advantage. Generally, traditional cars need the engine to run to a specific speed range to output the maximum horsepower and torque. However, because the EV is driven solely by the electric motor, the horsepower and torque output of the electric motor are consistent, so from the moment you step on the accelerator From that, you can get the most horsepower and torque. This is why Tesla Model S's acceleration results can be so amazing, even defeating many supercars. But it should be emphasized that not all EVs are as good as Tesla.
•••
A

I made an article on Wiki trying to sum up ALL possible mixes in the world.
Vehicle classification by propulsion system - Wikipedia.
Anybody who is active on Wiki can contribute. Extremely welcome are those who can make tiny pictograms consisting of power source(s), power accumulator(s), conversation machine(s) and arrows or flow"pipeline" in case of GIF files.
•••
C

Thanks for this thread, the truth is that the world of electric vehicles is becoming more and more complex and no doubt new types will emerge.
•••

Side note: Most US trains are Diesel Electric for details about trains wikipedia is a fine start:
Diesel locomotive - Wikipedia
•••

A
Vehicle classification by propulsion system