Is Tesla Powerwall ilegal in NYC?

Hi, I got a quote from Pick Solar to install the solar panels, and they are claiming that I cannot install Powerwall in NYC since it's illegal.

Does it make sense?

Search Google for other companies doing PW installations in NYC. Or, contact the NYC store for direct information and (perhaps) a referral to a contractor.
B

Thanks. It does feel that this has something to do with Coned wanted solar on peoples roofs for its own benefit to help them generate more electricity so that is why they give a bunch of rebates and incentives and tell people it's prohibited to use the battery storage because that will give them nothing.
R

Currently you cannot install a Powerwall in the 'City', long island is fine.

Had a rep come out for a solar estimate today and we discussed the Powerwall; according to him the issue originally was with the FDNY, which was blocking the installation in the 'city' - then the FDNY allowed it, requiring Powerwall installs to have an additional firewall between the battery and the wall when installing - and now, Tesla is refusing to agree to this, presumably because this requirement assumes the battery is not 'safe' to mount, as is currently being mounted all over the country (sounds weird to me but OK).

Not sure how accurate the reasons I was given but... I'm happy to install any additional safety measures.

Attached is a chat with a local solar installer and their response which points at the FDNY for the reason. Waiting for a Tesla rep to get back to me as well. 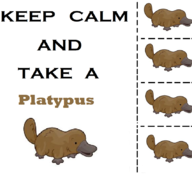 Do they have an Walmarts with Tesla solar in New York? Maybe they should have used the extra firewall.
B

T3slaOwner said:
Do they have an Walmarts with Tesla solar in New York? Maybe they should have used the extra firewall.
Click to expand...

The Walmart issue was not related to Powerwalls but rather the solar panels themselves.
M

I think originally the FDNY only allowed outdoor installations of batteries with a permit and would not allow indoor or basement installs of the batteries.

Z
NYC: Can I sit in your Model Y? Happy to use your referral link when I place an order.

Confused about Tesla inverter situation with solar and powerwall+