The plan is for the plant to be able to repair and manufacture motors and battery cells, as well as recycle the latter.

Tesla’s Shanghai Gigafactory has churned out tens of thousands of cars since it went online over a year ago. Now the manufacturer wants to expand the plant’s capabilities by adding a battery and electric motor repair and recycling facility, as well as the ability to manufacture electric motors and motor controllers, as well as structural components for vehicles.

The big news here is the battery recycling part of the equation. According to Reuters, Tesla wants to make its Shanghai location more sustainable and self-sufficient and recycling battery packs is an integral part of the plan to turn it into one of the world’s main hubs of electric vehicle manufacturing. 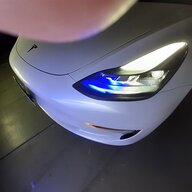 Tesla plans to recycle its batteries to the point where it hopes the reclaimed materials will negate the need to mine new metals. The company's CTO, JB Straubel, said that Tesla is “developing more processes on how to improve battery recycling to get more of the active materials back. Ultimately, what we want is a closed loop that reuses the same recycled materials".

Cloosed loop? so what does that mean exactly..that eventually not a lot of mining of Lithium needs to be done? How many times can an EV battery be recycled?
•••