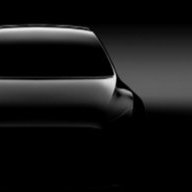 "Some, few indeed, argue that the next update is absolutely random, disconnected from any event and from any waiting. Indeed, just waiting makes it impossible for the update to happen."​


Some Eastern Mystics claim that ultimately the same universe originates from an Update.

Before there was the Nothing.

Then there was the Update of nothingness.

Thus the Universe was born.


A Dark Sect, detached after many centuries by a secret rib of the Eastern Mystics, argued that there could not be an Update coming from the Absolute nothingness. First necessary cause had to be a primordial update of the Update, and only this primordial update of the Update caused in a gigantic explosion the birth of the entire Universe, in its continuous updating of updating, from the Big Bang Up to date.

Only three centuries later, on a full moon, the throat was barbarously cut at the head of the Dark Sect, with the terrible cry that still echoes to the memory: "Even the Update of the Update can not come from nowhere!"

Peace reigned for many millennia, under the control of the Delegates of the Upgrade Distributors. Unfortunately, peace was not definitive: in later centuries, men again divided into doctrinal disputes, this time not on the origin of the Universe, nor on the Upgrade that had created it, nor on the eternal Creator who had updated in the first instant of time the Update of the Update, but only on when the next Update actually occurred. The New Updates war.

Some, few indeed, argue that the next update is absolutely random, disconnected from any event and from any waiting. Indeed, just waiting makes it impossible for the update to happen.

Others, skeptical about absolute randomness, looked for reasons and reasons for the next update, founding a vast community of observers to monitor the specific moments of the first appearance of a new update. It was this community of Observers, after millions of patients observations and comparisons, which found the Third Fundamental Law of the occurrence of a new update, still valid according to the most: "There is a greater probability of a new update every time you turn to East and lift your left arm by saying the sacred word Eloph three times "

The few who did not welcome the profound truth of the Third Law, foolishly, founded a new monastic community, which even today in absolute anonymity is said to congregate more than 42 million members, bound by the oath of mutual secrecy, and who every morning in silence of the mind that precedes the dawn, offers a silent prayer and a plea to the First Editor, so that he sends to each faithful from the pure heart the new expected Update within the next night.

This monastic community is so secret that it is not yet known whether the new members come to the faithful before the rest of humanity - and above all without observing the Third Basic Law.

Only in the darkest centuries of science and technology were theories studied and advanced that mathematically arrived at the certain demonstration of the general theory of updates. It came by complex and difficult steps. First there was the absolute relativity of the space and time of the Updates, which now took place in the Lands Emerging from the Gas, now in the Lands without Gas, sometimes at the same time also in the Lands of the Inverse Migration. Only the curvature of space could explain this contemporaneity, otherwise geometrically inexplicable to the human mind. But we had to investigate the essence of time itself, as a dimension in itself, to begin to understand the absolute irregularity of the temporal cadences of the expectations of the updates. It did not exist, he deduced, an objective time between one update and another, but the same time was "bent" from the force field of a New Update. The same time was updated and updated by the update. Corollary, still the luminous summit of this mathematical theory, is the unpredictability of the First Postulate: "The Update does not arrive in time, it creates time".

Thus, it began, with judgment, to enumerate the centuries and events according to the theory of the Upgrades: Caesar was stabbed two days before the update of the Ides, America was discovered in the year of the First General Update of the New Maps, the The man took the first step on the Moon a year before the Genesis Update predicted by the archangel Gabriel, and so on. The corollary of time as an immaterial substance of the Update is that we do not yet know whether this line of text that you are now reading was written before or after the update of the content of this story. Only the General Theory of Relativity of the New Update can make us understand what can not be demonstrated.

But how did it go from the luminous centuries of science and technology to this darkness that again covers the world and the entire universe?

If I reveal it now, I know my hand will not reach the end of the paper. None of those who wrote or read the solution ever came to the next page. But I am no longer afraid that my end will come before the New Update. I know that every cell of mine will be updated within a few minutes, and before this unstoppable process takes place, I must be able to maintain the continuity of my thoughts and my ego until the end of this page.

The pain caused by the vain expectation of the New Updates, unexplained in their spatio-temporal discontinuity, led men to try to sell what could not be sold. It is said that a dishonest Caucasian merchant sold his update in the dark network, as soon as he undoubtedly undoubtedly came to him, to the best bidder. Nobody would have said that the grace of an update could be sold. Yet it happens. And it was the end.

The clandestine trade of updates, the promise of an update if Tizio had killed Caius or left the crown of King in the hands of Sempronius, made the world highly unstable.

The bloody events and the political cataclysms alternated with a speed that no update had ever found: it was enough just the promise that the next update would be in your hands, to allow the most evil bones. In a few years the tidy megalopolis that had developed over many centuries around the cathedrals of the Updates were abandoned, after a mysterious (never existed?) Nick had shown that statistically the first updates came when he stopped for a long time next to certain wave emanations that came from mysterious and ancient sites, called Stone and Sevice (or in similar way, according to other ancient language)

It was at that point that a great force lifted the world from a certain end.

New words, which said that men were all the same and to every man, regardless of randomness, money, promises and deeds made, it would soon come, as a gift, a New Update: it was enough to ask. The new theory of the Totally Other was opposed by the Congregation of the Merchants of the Update, which have now surrounded my house and that I feel crawling, with their assassins of death, already in the corridor of my library. They advance. A few minutes remain to me. I can only leave this manuscript, I hope it goes into good hands. I can only write the last lines, I hope they are not modified by the New Update - like everything else I have written so far.

Be happy with every update: let's start again for the new journeys of the human journey.


.... sorry for my Terrible English: original in Italian is here:
Historia Universale degli Aggiornamenti...
We are TESLARI !
•••

Model 3: User Interface Jun 23, 2022
anilkuj
A
H
Strange issues following software updates ( you know the update had something to do with the problem)

Tell us what's in an update BEFORE we perform the update