What would the global demand be for a self driving Model X?

As a speculative exercise, what do you think the global demand would be in the next couple years if current Model X was fully self driving?

Based on the current business model for the auto industry of mostly selling to owner/drivers, there's a pretty limited demand for $80K + vehicles. Tesla planning on selling 100K or 150K of Model S and X combined is ambitious and threatens incumbents like Mercedes, BMW, Porsche.

If the Model X was self driving however it could would make an excellent Uber Black/ Uber SUV style ride share app vehicle. Even at $80K it seems quite possible the global demand might be in the millions or even 10's of millions per year. As a self driving ride share vehicle every Model X would earn it's cost back pretty quickly and displace several, maybe half a dozen owned vehicles by being in constant use in a fleet. The market hence wouldn't be bound by the number of wealthy owner/drivers who could afford to have it sitting around parked someplace 95% of the time.

This is just a thought experiment to highlight assumptions about the auto market, obviously M X won't be self driving for several years and if there was vastly larger demand Tesla couldn't begin to fill it anyway. Self driving though may be little more than a software update away for X. If everything else about the Model X including the price is held constant and there's a magical software update from the future to make it self driving, might the demand curve not shift dramatically?
••• 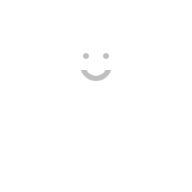 There is a huge reward for whoever gets a Level 4 autonomous vehicle to market first. Each year that goes by before a competitor appears is probably tens if not hundreds of billions (if they can scale fast enough) in profit for the first to market. Very little of that has to do with the type of vehicle though. Once the technology is there it will adapted to all forms of cars and trucks very quickly. So yes, if the Model X were the only self-driving car available the demand curve would shift dramatically. I just don't see any chance of a world where the Model X is the only self-driving car available though.
Last edited: Oct 9, 2015
•••

Depends. Do I have to own it, or can I just summon one via my phone when I need one?
•••
L

The notion I was playing with is that the demand would be pretty intense and price insensitive for awhile. If Tesla could make the X Level 4 selfdriving (good reference!) it wouldn't need a much cheaper Model 3 to have a product that would sell millions if they could build them. That would change the demand completely in itself.
•••
L

Bangor Bob said:
Depends. Do I have to own it, or can I just summon one via my phone when I need one?
Click to expand...

I was assuming you can summon one when you need it. That kinda suddenly makes it affordable to most people despite still being an $80,000 vehicle doing strange things to the global demand curve.
•••