An Idea and a "What's This"

My SO has complained about cold air on her feet in the passenger side of our Model S. Looking under there, there are 4 vents that leak cold air when the A/C is on, even if she has her side temperature turned up so high the heat is on over there. I finally got around to putting some memory foam in the vents for summer.

What would be great would be a sliding door sort of thing that could close off these vents. I can see how to do it in my mind, but I don't have the tools to make it.

When I was under there I found what appears to be the holes for something on the right side. You can see it on the far right in the first shot and a closeup in the last shot. It looks like Tesla had planned something to install there, but ended up never following through. I could see installing some kind of small storage bin up there (another aftermarket idea) with a slide out drawer. It's far enough over having something installed there probably wouldn't interfere with the passenger's feet. My parents had an Olds 98 back in the 80s that had a small trash can in that spot.

Just curious if anyone knows what those holes on the right are for? 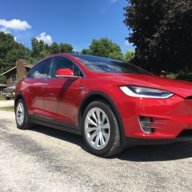 I think that area is for installation tooling. My truck had a similar cutout on each side.
•••

I didn't look on the driver's side. It might be on both sides. It does look like some sort of aftermarket storage bin could take advantage of the holes though.
•••

Any idea what this disconnected cable/harness is?

Just found this. Something’s missing. What is this?

Setting both sides of AC to go on