CAR Fire almost ruined our Weekend Vacation - Where is the NTSB? 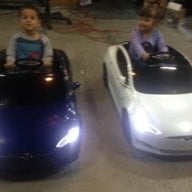 On Friday morning, around 11 am., driving north on I-5 approaching the Gustine Supercharger exit there was a back-up on the freeway due to a car fire. Lots of black smoke. Since we all know, at least from the Media, that Tesla's are the only car fires of interest, I was trying to see which Tesla model it was. My wife was driving this leg so I was free to look. Well, if you can believe it, it turns out that it was NOT a Tesla, but some other ICE car.

Anyway, after the traffic opened up I was looking at the GPS to see how much further to the Gustine Supercharger exit only to realize that we had passed it. Now it was decision time, do we take the next exit to circle back or go on to the next Supercharger at Manteca. It was 58 miles further up the road, with 51 rated miles. I really did not want to loose an extra half-hour so we continued on.

Our previous stop was at Kettleman City, our first visit to this WONDERFUL facility, so we had spent extra time while enjoying it. We usually only charge enough to get to the next stop, with 10% to 15% extra for reserve. In this case our reserve was larger because of our extra time at Kettleman, but not that much.

We arrived safely at Manteca with 3%, or 9 miles, remaining. We did slow down a little while driving, but not that much. We kept calculating the reserve, Rated miles remaining on the battery less the miles to go from the GPS. When our reserve got to 2% we slowed to 55 mph, but then the freeway slowed down even more. A short time later we arrived with a little larger reserve due to the slower freeway speed.

The trip, 1,200 miles there and back, ended well. No other incidents. We LOVE our TESLA.
Reactions: Rluebke, Derek Kessler, EinSV and 6 others
•••
E