Does anyone else think Tesla should partner with Calfee, Parlee, or Argonaut? 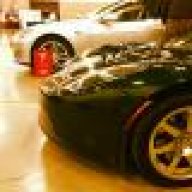 So, if you're reading this you probably know where my thoughts are going: Tesla ought to team up with a US carbon fiber bicycle manufacturer.

Together they could make a Tesla-licensed bicycle. Like Ducati did with Bianchi, or Porsche has been known to do, or like Toyota already did with Parlee, or like whatever this thing is from Lexus. There's a lot of luxury car-bicycle branding. Frankly, of all the car-bicycle collaborations, one with Tesla makes arguably the most sense.

Tesla is already hip to cycling.

But it goes beyond just having a licensed bicycle-- all those reports of talking to BMW and the hope of cheap & light parts could be developed with a US carbon fiber manufacturer. I'm sure people at Tesla have better things to worry about, like elastomers on falcon wing doors, and how they're going to squeeze some range out of a Model III chassis that isn't aluminum.

I just see a lot of upside potential for a partnership like this. I would just love for the people at Calfee and Tesla get together and talk about what they could do for each other. Could mean lighter Teslas and cheaper Calfees someday in the future. Really, what's not to like? How about a 12k-lay factory being built next door to the Gigafactory?

While Calfee is an excellent frame builder, and has done some interesting things with non-traditional (for the bike industry) materials like bamboo, I would never, ever, purchase a co-branded bicycle. I'm usually not bothered by accusations of "Fredness" but this would be a bridge too far for me . Are there examples where there has been value to materials development for the auto manufacturer? It strikes me as simply a marketing gimmick.

JohnQ said:
Are there examples where there has been value to materials development for the auto manufacturer? It strikes me as simply a marketing gimmick.
Click to expand...

Well, I can't disagree. The Prius bike collaboration that Toyota did with Parlee was supposed to be something along those lines. Here's the video about it. Did it really do anything? I don't know. It was probably cool for Parlee to do from their perspective.

I'm not saying I would personally would buy a Tesla branded bike (I don't have the kit, either). But I could see how they might do branded bikes.

But more than that I'm really just thinking about it in terms of a possible mutually beneficial collaboration that could help both parties out. I have no idea where Tesla sources its CF from now. But I'd much rather see them working with a US manufacturer like Calfee than BMW.