Obvious that that was the real plan (now that he's written it).
•••

I’m curious as to how the undersea Hyperloop tunnel is going to connect with the launch/landing barge out in the ocean.
•••
I

ecarfan said:
I’m curious as to how the undersea Hyperloop tunnel is going to connect with the launch/landing barge out in the ocean.
Click to expand...

I'm thinking that the plan to have people get there by boat has changed.

Expect Elon Musk's next venture to be named The Up And Over The Side Company.

Tunnel out to sea, then dig upwards, build a temporary structure and use the tunnel and lifts to move dirt and create an artificial island.

Maybe he was inspired by the idea to build an artificial island at Dogger Bank in the North Sea.

Additional application could be to act as a power hub for offshore wind.

OK, but really I do think the idea is to get people to the launch/landing site faster.
••• 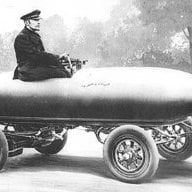 Jack up oil rig base with a landing/refueling platform on top and a vertical segmented steel column (with a lift inside) that drops down and connects to the lateral tunnel. Essentially a drill pipe string, only wide enough for elevators and emergency stairs.
Won't solve cost or regulatory hurdles, but shouldn't be too terribly difficult.
Robin
•••

SpaceX Jun 18, 2021
miimura
M
C
Something up with last update? Ride from hell.