I obtained a California DMV authorized front vinyl license plate wrap to be used in place of the metal license plate for my Tesla model Y. After placing the license plate wrap on the front bumper, I noticed the screen message stating, “Cruise Control Unavailable, Reduced Front Radar Visibility” when I try to use cruise control. I had placed the vinyl plate wrap in the center of the bumper. There are no markings on the bumper at that location to indicate any sensors. I later checked with a Tesla technician and he pointed to a 4” by 4” area of the bumper where the radar sensor is hidden behind. The vinyl plate overlaps part of this area. Anyone else have this issue?
Sort by date Sort by votes 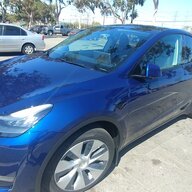 2101Guy said:
Making sure I understand: LA sends you a ticket in the mail if you enter the parking garage with no front plate? Even if my car is registered from a state that doesnt require a front plate?
Click to expand...

PatrickTM said:
As someone who drives a car registered in a state other than CA, without front plates, no, LAX short term (within the terminal) parking garage use did not cause them mail me a ticket.

Unless this new program was implemented within the last week.
Click to expand...

I didn't say that they mailed me the ticket. I don't remember all of the details as it happened over 10 years ago, but the car either had the ticket on it when I returned to it less than 2 hours after my entry or I was given it when I drove out and paid for the parking. I was told at that time, that all cars are photographed when entering the parking garages both as a security measure and as a way to handle disputes when someone claims that they lost their time stamped entry ticket and that ticketing cars without a front license was something they did. Since, my car had a rear California plate, I didn't think to ask what they did for out of state cars. Nonetheless, it was/is a thing, and if you google it, you can find a number of threads especially on Tesla and BMW related forums complaining about this.
Reactions: PatrickTM
Upvote 0

I received the Tesla OEM front license plate bracket with my MY, looks like front plate is required as per WA state law. And tesla owner's manual has detailed instructions on installation https://www.tesla.com/sites/default/files/model_y_owners_manual_north_america_en.pdf
Upvote 0 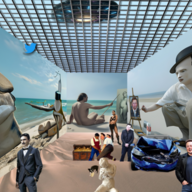 JohnDC said:
Yes, we did do that as instructed, but did not do an extensive enough testing that we should have. Our fault for that. Tesla doesn’t make the sensor location obvious for the owners. Why should we have to go through all this testing procedure in order to install a front license plate that is required by our state law?
Click to expand...

I have little tolerance for all the Tesla apologists that populate this forum. But in this case Tesla has nothing to do with it. You are 100% at fault. Leave Tesla out of it, own it. You failed to test as instructed and didn't do due diligence like inquiring with Tesla beforehand or Googling YouTube. I'd have sympathy if you weren't sloughing off the blame.
Upvote 0