I prepaid for 4 years for service for 2015 P85D. Does anyone have documentation of what is included in the service.
Tesla says the coolant is lifetime so they will not flush and replace it, but I do recall or seeing somewhere that it was included in the service when I bought the car in Feb 2015. It's great that it's lifetime now but I paid for it I should get it.
They said if I show them documentation that it was included they will do it, which is b.s. Can anyone help.
••• 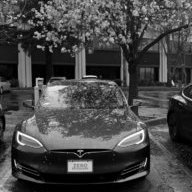 You can try searching here. Wayback Machine
This website saves the archives of web pages so go back to an earlier date and try your luck.
•••

I
VCFRONT a210 coolant Valve Calib