Rain was turning off my autopilot this morning. 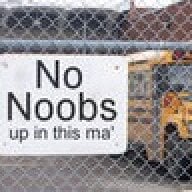 I have the Base AP in my 3 RWD LR. This morning on the way to work, sitting still or moving less than 15 mph in rush hour traffic, it began raining. After a couple minutes of rain the AP started beeping and shut itself off. The car then began rolling forward on its own, due to a slight downhill in the road, so I had to press the brakes.

I guess if I were moving faster, the airflow would have blown the rain up and over the top-of-windshield sensors, but since I was almost sitting still, it let a lot of water sit in front of those sensors.

I thought AP wasn't supposed to do this. Tesla talks about how AP it safer in bad weather.
•••

My Service Story (not good)

S
Trip Report - Dallas, TX to Flagstaff, AZ and Back