Suggestions on dealing with salesperson backpedalling

I'd like to pick the common TMC brain for advice.

A good friend of mine (not yet a TMC member), after hearing me rave about my car for 2.5 years, recently decided to take the plunge.
After a test drive at the Ferrier store he was offered a few vehicles that were available for immediate purchase, with the significant bonus that they were still listed under the "pre-CAD$ tanking" price list.
His first choice sold to someone else before he could snag it, and his second was a 70D which he really liked.
On the vehicle spec sheet the autopilot hardware was included, but there was no mention of the "autopilot convenience features" which were in the first car he could not snag.

I told him to ask his salesperson about it (along with several other questions), and he was told that the autopilot functionality was / would be enabled in this vehicle.

He put his deposit down for purchase, and on the documents he subsequently received the autopilot package is nowhere to be found (everything else is OK).
To my dismay he is now telling me that he is getting the run-around from the local sales staff, who do not even deny what he was told, but keep telling him that he is getting a great deal overall, and should forget about it.

Clearly this is NOT the kind of initial Tesla experience I had envisioned for my friend (my dealings with everyone in Montreal have always been exemplary).
Anyone have suggestions as to who this should be escalated to if he fails to resolve it locally ?

I would have suggested Jerome Guillien, but he is on sabatical ... 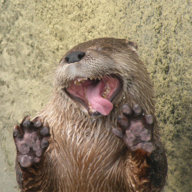 Always get everything you are promised from a sales person in writing.

If on his car spec sheet it says he has the AP he will be fine, otherwise he needs to have a conversation with Tesla and the car he ordered.
•••

BrianC said:
Always get everything you are promised from a sales person in writing.

If on his car spec sheet it says he has the AP he will be fine, otherwise he needs to have a conversation with Tesla and the car he ordered.
Click to expand...

I have to second this, make sure everything has documentation, either in writing, email, or recorded phone call.

I've been assuming that anything not listed on the website isn't there. That said, I just took possession of a 2014 P85+ inventory car, the webpage where I confirmed said it had fog lights, nowhere else are they listed, and they aren't on the vehicle I got. But because I took a screenshot of the page before I placed my deposit, Tesla is in the process of making it right, (Vancouver team)
•••

I told my SA THREE TIMES not to put my order back on hold! Suggestions?

The UK and Ireland Wednesday at 4:49 AM
TheRealWatto
T
T
New rear tires after 4k miles