Yet Another Model 3 and Model S Comparison 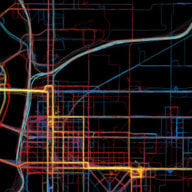 I owned a Model S 40 from 2013-2016, and covered nearly 40k miles on it. At the time, I really did not want a full size sedan, but the Model S was the only performance electric car on sale. The original $50k+ price after tax credit was a stretch for me, but I made it work based on total cost of ownership estimations and a bet on the stock price that turned out quite favorably. Nearing the end of my warranty, and having just brought a child into the world, I ultimately had to sell it. While it was a great car, there were certainly issues in having one of the early builds. But I decided to reserve a Model 3 and lease something in the interim.

After two weeks of owning a 3, I had the chance to get back into a Model S over the weekend. Here are my observations from getting back in the saddle.

The steering wheel on the S is huge! I felt like I was captain of an old river boat, albeit with enough horsepower to bend the earth. A quote from my Mom on Ludicrous mode: "It felt like my brain hit the back of my head, please don't do that again." You can really feel the weight of that car, which makes the acceleration quite impressive. This is far from how my Model S 40 performed, which was actually a bit slower than the Model 3, especially when the battery got low.

While the car itself is huge, being tall means the top of the windshield is at eye level, unlike in the 3 where I have acres of headroom for my fivehead. The storage volume would obviously be great now that I have a kid and the incredible amount of stuff that accompanies her. But the driving feel of the 3 is excellent and light on it's feet, with a fun level of power oversteer available at your disposal. The design elements of the exterior, such as the mirrors and how the body looks in the mirrors, is just like an S. But the interior of the S looks dated compared to the 3, after all it is a 10 year old design now. It seems busy, however the second display is nice to have. The center display on the 3 isn't quite up to the task of everything Tesla has tried to cram into it. But the computer, software and display are much improved from a 5 year old Model S.

The range and efficiency of the Model 3 are very impressive, and the seats are some of the most comfortable I've been in. I'm even coming around on some of the exterior design features that I didn't care for originally. Some of the interior materials could be better quality, such as the headliner (I know, I know), the speaker grilles, the piano black plastic center console, steering wheel and floor mats, but I understand the trade-off to make the car hit a lower price point. I think if the Model S received an interior refresh similar to the 3, but with two displays and Model S level materials, it would be excellent.

So to summarize, if I were to compare a 5 year old Model S base trim with leather, pano roof and stereo upgrade ($55k after tax credit) to a Model 3 LR ($44.5k after tax credit), I would pick the Model 3 all day long. This is mostly due to the tech advances during that time, and the fresher design. The Model 3 has twice the range, it's faster, better computer, screen resolution, software, stereo, seats and handling. The Model S is a better looking car, but from the inside as a driver, it doesn't do it for me anymore. It's not really comparable to a new S, because the prices are too far apart.
Reactions: VBruce, Electroman, EV-lutioin and 8 others
••• 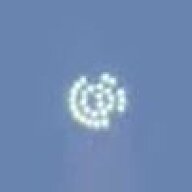 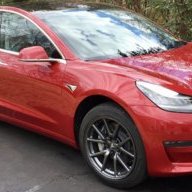 fluxemag said:
So to summarize, if I were to compare a 5 year old Model S base trim with leather, pano roof and stereo upgrade ($55k after tax credit) to a Model 3 LR ($44.5k after tax credit), I would pick the Model 3 all day long.
Click to expand...

If I were to compare my Model S75D with dual motor, AP, upgraded seats and sunroof to my Model 3, with RWD, no AP, no sunroof (but with premium upgrade), I would take the 3. Range, comfort of seats, speed of touchscreen, and conveniences like door pockets are the biggest factors. The S is an amazing car, but even if the two were at the same price point, I’d be hard pressed to pick the S. Given that you’re saving a ton by going with the 3, it’s an easy decision.

Once all the configuration options are available for the 3, without a massive refresh and/or range boost and/or price cut, the S will be cannibalized. I have to believe the 3 will be a 10-1 bigger seller.
Reactions: VBruce
•••

B
Whirring Sounds in Reverse with Model 3 AWD