CorneliusRox said:
X2 on this. I was in a loaner for a week with the old MCU1. It was painful how slow and clunky it was. I was really surprised. It felt like finding an old tablet in your closet from 10 years ago and firing up for fun just to realize how slow it really was.
Click to expand...

Evidently besides not having always-on mode (Tesla didn't implement suspend that on the Intel platform) MCU2 has either crappier software and/or lower longevity than MCU1. Took my wife's MCU2 Model S for new tires today, quick job, I drove it onto the lift and off the lift so nobody from the tire place was ever in the car. As I drove it out, noticed that the tire pressure warning is on, as expected. As I clicked on the warning, the MCU2 screen froze completely. Ok, so I hit the two-thumb salute (8+ years of driving Teslas, it becomes a reflex), screens go black, and that's it. Few minutes later, I try the two-thumb salute again, finally it boots (took way longer to boot than my ancient MCU1 does), this time the car thinks it's a red S85 (while it actually is a while S75D). WFT? So I hit reboot again. it takes forever again, this time it remembered what it is, but all of the driving profiles are gone, it's booted itself in valet mode with mystery code to unlock, and the mobile access is disabled so cannot turn of valet mode via phone app. As I went to try to enable mobile access, the reboots itself this time, boots up, shows me an empty "What's new in this update" window (so much for browser working on MCU2) and crashes again seconds later. Finally it comes up long enough to start driving, that doesn't last long, few minutes later while driving all screens go black again (including instrument cluster, since it's MCU2, not MCU1 which has an independent instrument cluster). My wife is ticked as she needs the car from tomorrow morning since kid's school starts. Took few more reboots (some of them spontaneous, others via two-thumb salute) and I managed to do a factory reset. I cannot be sure but I think the MCU2 actually reverted itself to boot from an older version of the software, but it downloaded the latest within minutes after the factory reset. That would suggest that EMMC is going already on this just over 3 year old car (and one of those years was COVID, so barely any driving)! My MCU1 took over 5 years for EMMC to die, and in all this time of driving MCU1's, I never ever had it revert itself to an older version and lose all the profiles, corrupt settings, etc. It seems MCU2 is more fragile than MCU1! Kind of like the Model S headlights, my 2015 Model S look almost as good as the day I got the car, the 2018 on the other hand, well, here is what they looked like on delivery day:

and here is what they look like today, 36K miles later (and no, this is not a camera problem, those lights completely burned out at the top, and the sides are barely visible in daylight). 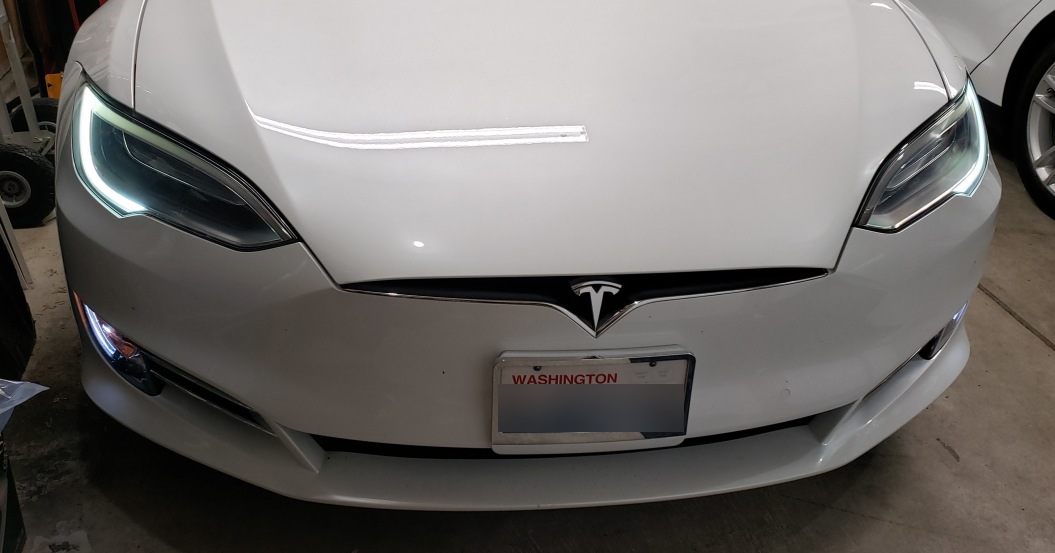 It probably didn't help that those DRL's were always glowing (dimly but still) 24/7 while the car was parked, but when I reported this to Tesla, I was told that is normal.

Bottom line is, newer is not necessarily better, especially when it comes to Tesla. This experience reinforced my design to stay with MCU1 (which has a much overspeced EMMC repalced on it, which should last over a century, which is longer than the car will).
••• 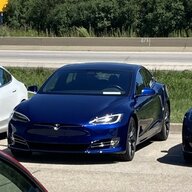 The other is a late build Oct 14 MS 85. MCU2 upgrade, AP1, air suspension, door handles replaced, 96k miles and local. 2nd owner and I've negotiated to 30k with the owner replacing the display because it's melting. All service records from Tesla are available.

We make about 4 or 5 350 mile vacation trips a year from Atlanta to Florida.

I'm leaning to the 85 with the upgrades and AP1. Is the P85+ worth the extra money? I think we'll get more use out of the AP and the air suspension.

Just some thoughts from previous owners before I decide to purchase.