After the V9 update today, when I try to access the release notes, the screen is blank. I tried rebooting MCU, but to no avail. Any remedy for this? Any other source for the notes?
S 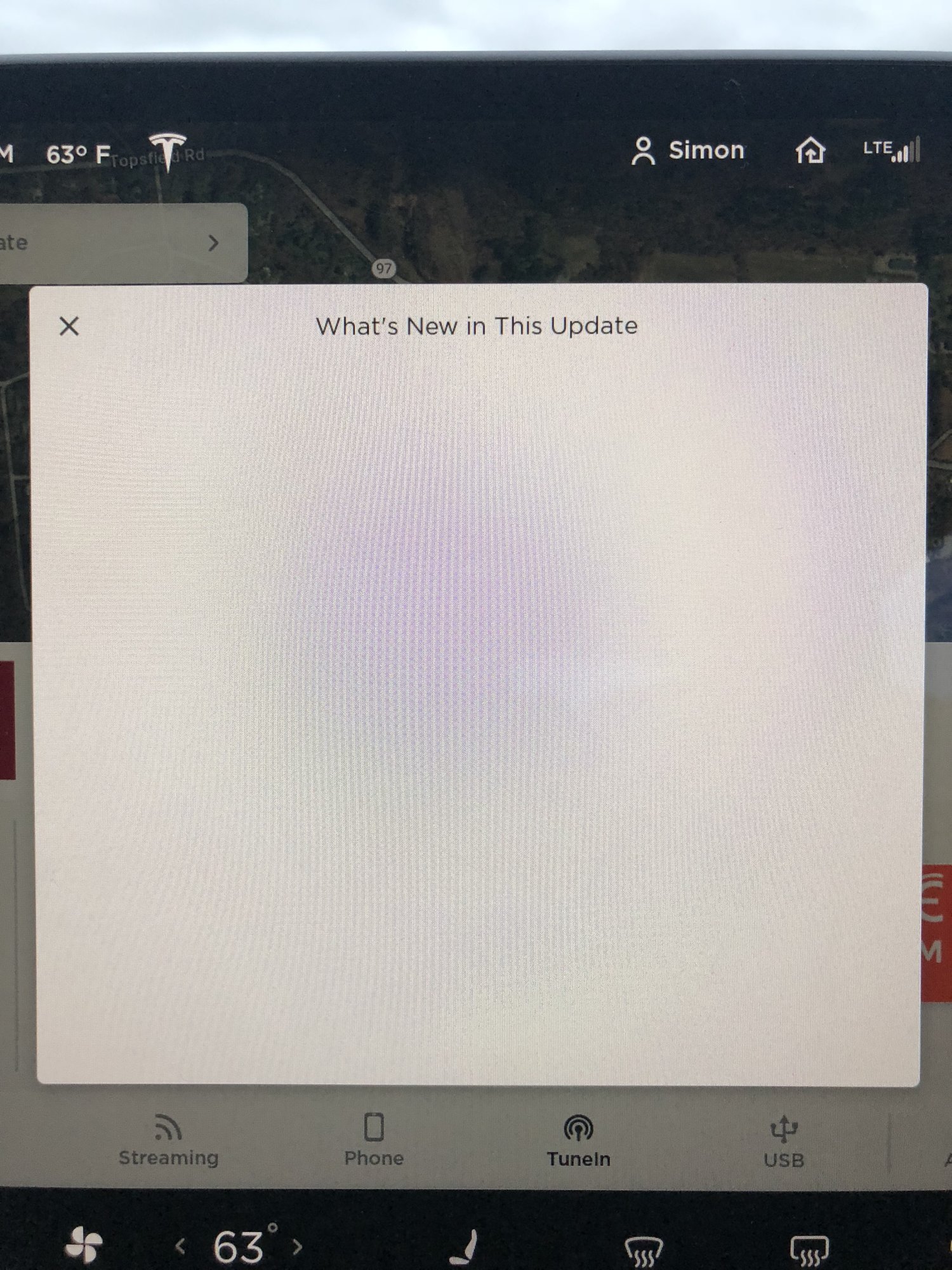 Same issue with my car.
J

The Owner's Manual text is missing, and the browser doesn't show anything. You too?
Y

Try rebooting the console by holding both steering wheel knobs
B

Even if you reboot and can start seeing the release notes, except for major releases or when they add a major new feature, the release notes are usually something like "Minor bug fixes and feature improvements".

Tesla could do much better with the release notes - providing them for review PRIOR to installing the software update, and document the minor bug fixes and feature improvements included in the release, so owners don't have to guess on what changed (which is especially important when the changes are part of the AP system).
J

Tried many times before I called Tesla. Tried again when they asked me to. No joy.