Introduction and my experience so far

I picked up my Model 3 AWD September 6th, and so far it's been amazing. I did want to explain my two main issues I experienced/continue to experience during my ordering/delivery process so people can have an idea of what they may be getting into.

Issue #1 - I told the Tesla salesman I was working with that I was going to be transferring my old plates from my trade to the model 3. Sent them the documentation they required and I was told I was "all set for delivery". Since I live in CT, the NY dealer had to issue me "In transit" temporary plates. They said my new registration would arrive in the mail, and I could at that point put my old CT plates on the vehicle. Sounds good. Except when the registration did arrive it also arrived with 2 brand new license plates. So now I'm annoyed at this point that I went through the process of telling them I wanted to transfer the plates thinking it was the easier option, but now I'm left having to go to the DMV myself and cancel the registration/plates. I did try to talk with the salesman who sold me the car, and while I did appreciate him trying to fix the issue I just ended up telling him I was going to cancel the old plates and just keep the new ones that were sent to me. A bit annoying, but it's now taken care of.

Issue #2 - So this one is more of a problem for Tesla, not so much for me. I'm leasing my car, and I wasn't really explained the process of setting up payment after I took delivery. I got the website info I needed from my salesman, but upon trying to enroll to setup the payment I received an error that the website didn't recognize any of the information I put in. I thought that was strange, and so I began over the next few weeks trying to contact customer service by email and phone. Let me just say that emailing and/or calling Tesla is terrible. It took over 10 days to get a response by email, and they basically just said that it takes time for the account information to carry over. Since it had been so long since they responded to the email, they suggested I try again. So I did; again and again, and still nothing. I also tried calling, and while I did eventually speak to someone I was on hold at least 30 minutes each time. They basically told me the same thing, but now my payment is technically 10 days late, and I have no way to pay the bill. Every day I try to make the account, and every day I'm greeted with the same error. I was assured many many times from both email and phone calls with Tesla that I won't be charged a late fee for this, as it's a Tesla issue. Just seems crazy to me that as of right now I can't even pay for the car. Not sure if anyone else here has had a similar issue with payment, but I just hope whenever it does work I'm not charged some fee despite me trying to do the right thing for the past month.

Aside from those 2 issues my ordering process and delivery went great. Car is easily one of the best I've had. One piece of advice I have for people who are ordering is if you can, work with someone at a showroom. My guy Alex was amazing, and he was there every step of the way to answer all of my questions. He always responded to my emails and went above and beyond. I feel like if you blindly placed an order online you won't get all the info you need, and for me knowing there was someone that would always email me back and call me was reassuring.
•••
C

I wish I had ordered from my local person too.
Reactions: FutureShock
•••
A

Congrats on your new Tesla!

I recently bought one as well and totally agree - going through a sales advisor at the showroom is the way to go. Mine was invaluable in helping me navigate through the process and she also helped me out when like you, I wasn't able to reach someone at Tesla by calling the number and leaving multiple messages. Despite all that they messed up the title on my registration after I specifically sent my delivery advisor a text with the exact wording! I'm annoyed that now I'll have to go to the DMV and get it corrected.

I'm thrilled with my car but the delivery and service process from Tesla need a lot of work!
•••
M

I'm still wondering if people had any issue with setting up their lease account. I'm still been unable to make one, but I continue to try every day. No wonder Tesla isn't making any money 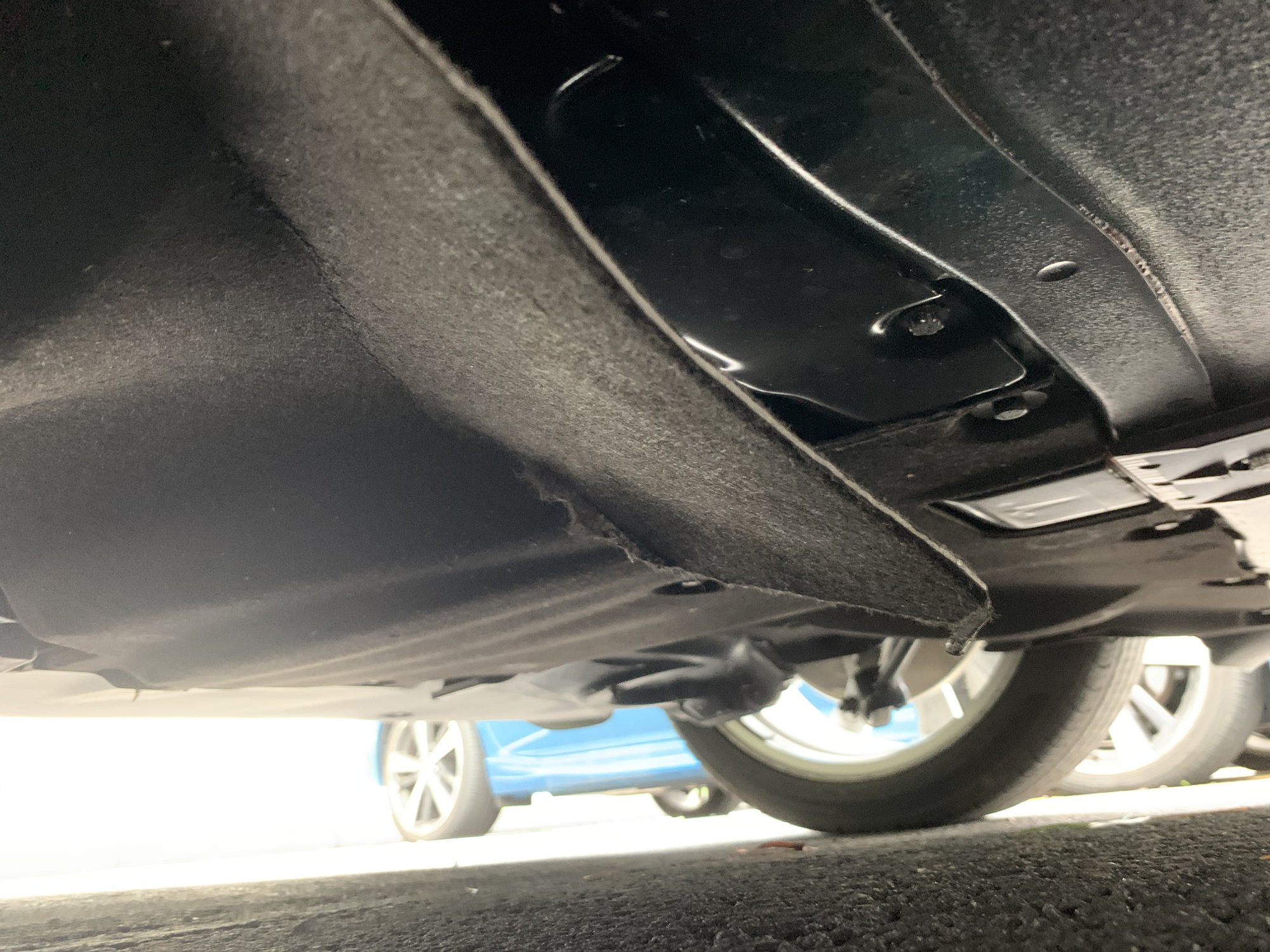 I also had my first issue with the car after a heavy rainstorm. I was driving through some streets with lots of water, and after driving through it I heard some scrapping on the ground. When I got home saw underneath the car that the undercarriage "shield" had torn and was dragging on the ground. I've seen many people talk about this problem online, and it definitely seems like a defect and should be covered under warranty. I'm having mobile service come out the end of the month, but I received an estimate from them at $212. I didn't sign it, but I figured when they come out I'm going to talk to them about how this should be covered. The car is just over a month old and all I did was drive through some water at low speed. I was even was following an SUV which pushed most of the water out of the way. It's not like I had a choice, every street with the rain we got was bad. I've never had a car do something like this, but if they won't cover the repair then I'm just gonna leave it. It's currently taped back in place so it doesn't continue to drag.
•••

M
Tesla Delivery Center requesting two checks for delivery pickup instead of one.

My disaster of a delivery experience (No quality control)