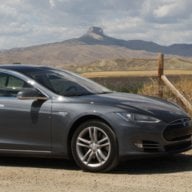 My instrument cluster went blank after the installer connected my Blackvue 900X-2ch in my 2013 Model S (out of warranty).

Short version: Tesla replaced IC fuse and disconnected the wires to the camera. I don't think the camera connection caused the fuse to blow.

Long version: After the installer finished, the dashcam worked fine but the instrument cluster was blank. I added the non-working IC to my existing service appointment, and approved the $180 diagnostic fee.

I brought it to Tesla. I disconnected the wires from the front and rear cameras as I always do when I bring the car for service. If I don't disconnect them, service does.

Diagnosis was blown fuse, and they said they would replace it no charge (other than the diagnosis fee). I approved the work. Got the car back and they had also disconnected the wires the installer had connected.

I do not believe the camera caused the fuse to blow for the following reasons.
1. The dashcam worked fine after the install. It has 3 wires - 12v always on, 12v switched, and ground. Camera recognizes when car is turned on, and continues to operate when it is turned off. This leads me to believe both the switched and unswitched power is working, as well as the ground. If the dashcam blew a fuse, how would it work?
2. I believe the technician made an assumption the dashcam blew the fuse. I did include the information that the IC went out when the camera was installed. How could he know what caused it to blow?
3. I see no way having the wires connected to the car, but the plug to the dashcam removed, causing any problem. Now that the wires are disconnected, I even verified there is no continuity between any of the 3 wires. Besides, the camera worked even through the IC was out - so I don't think the wires were shorted.

I guess it is possible the dashcam is somehow causing the IC fuse to blow, yet is not affecting the power to the camera - just seems unlikely to me. Has anyone seen this before? I think it is more likely the installer blew the fuse while testing the power locations he was going to use or when connecting the wires - not when the dashcam was turned on. 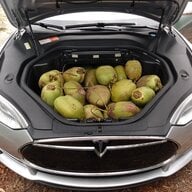 Sounds like the cams are running on their own battery power after the fuse blew.
•••

NewbyMaybe said:
Sounds like the cams are running on their own battery power after the fuse blew.
Click to expand...

That is certainly possible. It has a super capacitor (no battery) to write the buffer to storage when it loses power. Using the 12v plug now, and when I unplug it the camera powers down right away.

One other thing to add - camera power consumption is 455ma. I find it hard to believe that would be enough additional load to blow a 5a fuse. I believe it is fuse #49 in fuse box 2.
•••

I installed a Blackvue in my 2013 S years ago. Never had a problem. Back then, you only needed always on power (available in the microphone panel). Newer Blackvues do not really need both switched and unswitched power (just tie the red/yellow together and to Tesla's always on power). They made the installation more complicated for ICE cars to avoid running down the battery. On a Tesla, it would take years to run down the battery at 500 ma if there were no other loads. Blackvue has automatic parked state detection, so it doesn't record if nothing is changing on the video, and this works without switched power.

It does sound like something is shorting. I always have a 1 amp fuse inline from the dashcam to the Tesla power. If it were to short out, the 1 amp fuse would blow, not the 5 amp always on power fuse.

Is there someplace the cable is tightly pinched? Perhaps it intermittently shorts out going over a bump? I remember the headliner is very tight against the metal roof where most feed the dashcam power cable. I added a thin plastic block on the side of the cable to ensure it wasn't putting pressure on the cable and damaging it.

I would think intermittent short of the cable would cause the camera to restart - and a fuse to blow. That was not happening.

I got this Blackvue to replace my 550 that stopped working, thinking it would be plug-and-play. Old one had just an always-on feed. Should have just cut the cables and spliced them together as you suggested - saved a lot of grief.
•••

No TPMS Values (Not even blank values) Displayed

B
Issues after MCU 2 Upgrade