Was very nervous about making a film about the Model 3. Largely because of how much you guys know about the whole subject.

But I did find this forum the most useful and cleanest for getting intel for owners and buyers.

Tesla don't do press loans so I had to hot foot it off to Winsdor and try and find something that hasn't already been said on YT about it and turn it round in 4 hours. (Not the easist day)

Needless to say I was dumbfounded about how good it was. 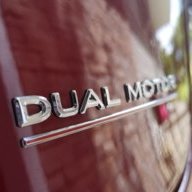 Good video, I appreciate the effort put in but you were a bit wrong on how you described the safest car thing.

The model 3 was, in fact, the safest car ever tested. You can go crash by crash and look at the overall probability of injury and these results do not lie. It does make it better than a Volvo because it got higher scores on the individual tests. The problem is that when the NHTSA rates cars, they only rate them up to 5 stars. Once you hit a certain threshold, they just call everything above that 5 stars. This is an antiquated way of testing, they've been doing it the same way for years and years so much so, that pretty much every car has a 5-star crash test rating now. Simply saying something has 5-star crash testing has become virtually meaningless because it gives consumers no real way to compare when in reality you could have a significant real-life difference between two different cars both of which achieved 5-star ratings. If this was graded on a percentage scale 1-100, then 3 would be the highest ever tested but because the scale to achieve the highest rating is so narrow it could technically only get a 5 star, the same as pretty much everything else on the road.
Reactions: KenC
•••

Vendor When Should You Get PPF for your Tesla in Devon, Collegeville, West Chester & King of Prussia

The UK and Ireland Wednesday at 3:03 PM
ACarneiro