Eric Berger puts some media pressure on the new Administrator to embrace commercial launch over SLS and other wasteful programs. 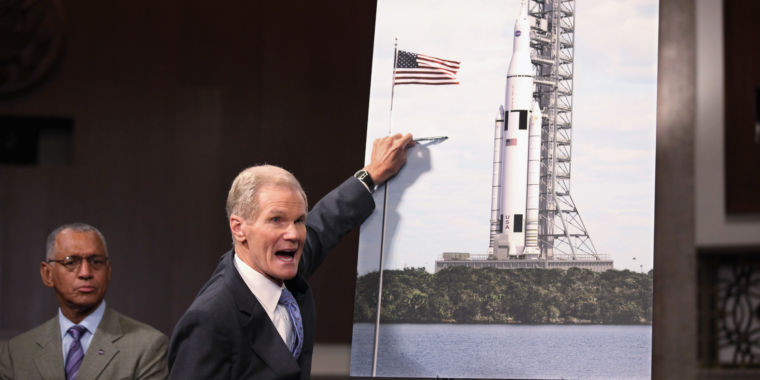 Eric's article suggests some thoughtful questions to ask Nelson at his confirmation hearing. Specifically, why he wants to be NASA administrator? That might be a bit of a rhetorical question. With regards to NASA, Nelson's got a record that has demonstrated self-serving, egotistical manipulation. Historically, he has not been supportive toward making decisions that would have created smarter U.S. Space policy. Nelson only came around to SpaceX when it meant FL jobs. He can't simply divorce himself from 40 years of playing Ballast Bill for the Space Coast. Bridenstine might have been a politician, but at least he wasn't compromised by catering to a major Space hub in Oklahoma.

Nelson's nomination looks safe. He'll probably get quick Congressional approval. At least it's good business for Eric. Gives him four more years of steady readership as he rips into the SLS boondoggle.
Reactions: e-FTW, Cosmacelf, Electroman and 1 other person

Nikxice said:
Bridenstine might have been a politician, but at least he wasn't compromised by catering to a major Space hub in Oklahoma.
Click to expand...

Right, he waited until after his stint as NASA Administrator to get hired in aerospace...

Scott Manley talks about Bill Nelson among other things.

Do any of you have clear insight to Nelson's positions regarding Space X in particular, and more broadly the private sector initiatives?

Frankly I was not especially a Bridenstine fan nor much of a Nelson one. His Senatorial advocacy seemed to me to be always directed to the legacy industrial priorities. After all his largest political contributor was L3Harris. That might not bode well for rational NASA progress. Maybe I am too cynical.
Reactions: dkemme

Energy, Environment, and Policy Oct 7, 2019
Big Dog
B
A
This Week Tesla & Companies