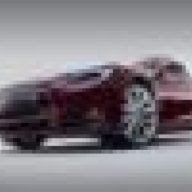 S-2000 Roadster said:
Yes, Delaware is very friendly to outside companies incorporating there. Microsoft is a Delaware company, even though they were founded and are still headquartered in Redmond, WA. Perhaps there is some logic to Tesla Motors - considered the software company of automakers - being incorporated in the same state as Microsoft and others.
Click to expand...

Most companies, particularly big ones (public or intending to go public), incorporate in Delaware. The law is very favorable in Delaware, and because of its historial role as the place to incorporate, very well developed in the areas important to companies. Among other things, Delaware law provides tremendous leeway to management and the Board of Directors in terms of the "business judgment rule", which essentially allows the individuals who make decisions for the company to avoid having claims brought against them by shareholders if those decisions turn out to be poor ones. There were other benefits historically to incorporating in Delaware (taxes and such), but that is now one of the main reason companies continue to incorporate there even if they have no other relationship to the state.
•••

Some bits of history here:

TEG, great links! I logged in to offer the Stanford Business School link, but it was already here.

It looks like the Chairman had a very nice payday in 2009.

While I’m here, here’s a different link: Confinity - Wikipedia, the free encyclopedia It looks like he’s just as much the creator of Pay Pal as he is of Tesla Motors.
•••
N

Arnold Panz said:
Among other things, Delaware law provides tremendous leeway to management and the Board of Directors in terms of the "business judgment rule", which essentially allows the individuals who make decisions for the company to avoid having claims brought against them by shareholders if those decisions turn out to be poor ones.
Click to expand...

The Delaware courts have had particularly "generous" interpretations of this rule, too, deciding that management self-dealing which doesn't pass the smell test is within the parameters of "business judgment". Stuff which German corporations would never get away with.
Reactions: Brando
•••

Wow, I am the first person to post to this sticky thread in almost 2 years! Anyway it seemed the most appropriate place to post this long yet completely engrossing history of Tesla by Marc Tarpenning who co-founded Tesla Motors with Martin Eberhard. See if you can watch this less than 5 minutes. I bet you can't:
Amplify Mentor Event: Marc Tarpenning (Tesla) - YouTube
Reactions: Vern Padgett and Brando
•••
G

Virtually every publicly-held corporation is incorporated in Delaware to take advantage of Delaware's favorable law of corporations, its large body of corporate law, and its experienced, business-friendly Chancery Court.
•••
A

1. Gross margins of Tesla expanded significantly in fiscal year 2013, and are now at a level where the company will want to maintain growth momentum going into fiscal year 2014..:smile:
•••

This thread reminds me of the old saying "Different horses for different courses". It happens often that those with the ideas are not those that fulfill the potential of the idea. It seems from this thread that EM has a track record of inserting himself in an idea and fulfilling its potential (based on comments about PayPal and TM). Does this theory apply to SpaceX as well?
•••

Anybody have a working link to the original presentation?
•••

Palpatine said:
I read that Elon now refers to them as "two guys I hired to build a prototype".
Click to expand...

Has he actually said anything along those lines? He rarely speaks about Tesla being a company before he came along, but i do remember an interview where he tells the story of when he wanted to bring the AC propulsion vehicle to market, that he was refered to those guys who had started Tesla and contacted them. Though I don't remember which interview that was and i cant confirm i remember it correctly


Here he quite clearly states his version of the history. He mentions the other guys but not that the name Tesla actually existed or that they already had a concept car and cooperation with Lotus or anything like that.
Last edited by a moderator: Mar 13, 2016
••• 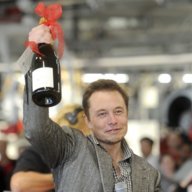 There's a new "origin story" by Business Insider focused on the Roadster development years. A few details seem a little off though, but some stories I've never seen before

Very interesting that story. Seems mostly in line with what I know, but had a couple of thoughts:

#1: I thought JB had some involvement in the early Martin/Elon/ACP meet-up dealings, but that wasn't mentioned.
#2: It leaves off the story of other early contributors.
#3: Comparing Ian to Gandalf and Dundee seems like a peculiar stretch.
#4: Comparing Roadster design to LEAF wasn't relevant as LEAF came much later (and isn't really a sports car.)
#5: I had heard Lotus was (in effect) the only ones that would really talk to them, not necessarily the first choice of who to use as a partner.
•••
T 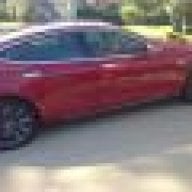 This is Tesla, the origin story.

Tesla was the brainchild of a tiny band of obsessive Silicon Valley engineers who would go on to collaborate with — and collide with — the young billionaire.

Great (long) article!
I particularly liked the early insight they had about the auto industry which is that the industry has outsourced everything except ICE engines, assembly and marketing so it was possible to buy all of the parts to make a car without having to design and build themselves.
This also leaves the ICE car companies at a disadvantage when it comes to electric. If they only core expertise you have in-house is ICE engines, you are screwed when it comes to electric cars.
••• 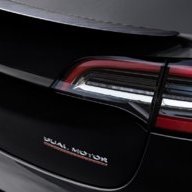 Good find! Thanks for sharing.
••• 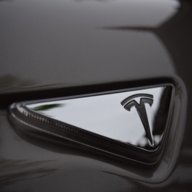 Links are both down
It was good while it lasted
•••

Tesla 3/Y Screen Swivel Mount is Better Than I Thought