Question to Unplugged first i would like to say love your products been following UP since 2014 when I bought my first Tesla and last month ordered some side skirts.

Ok back to this topic I just placed an order this morning for the lowing brackets
(2017 model S100D) I do run 22x9 (245x30x22) front 22x10.5 Rear (295x25x22) I think my suspension could use a little more drop then the current low setting . If I can get One inch drop would be good , How much will it drop in the standard setting? I don't wanna be pancaked in standard setting am I gonna have any problems with this configuration? if you need to call me check my account or the email i sent you on July 3rd


UnpluggedP said:
We just came across this thread and wanted to step in and address some potential confusion.

The 4 height settings and capability to change them via the display are retained; overall, each of the heights are roughly 1 3/4" lower than factory. The "Low" brackets feature an additional setting, which allows quick adjustment back to a height similar to OEM.

The height at which DA808EV's car was pictured was non-standard as he had one of a small number of very early production vehicles where Tesla used a completely different attachment method than what became the standard in 2013 and is currently in use on S and X. When he originally came in for the installation, the brackets needed to be slightly modified to accommodate the alternative mounting, and thus yielded the lower height. He wanted to try the lower-than-standard height for a couple days to see if it worked for him, but ultimately, it was a bit too low for daily use. As a result, as he stated, he brought the car back and we performed a quick adjustment at a later date to get it to the optimal height.


We currently only offer the "Low" setting brackets, but we still intend to release a "Moderate" version if there is enough demand (we've had very few customers seeking this "in-between" Moderate setting).

This actually bring up a good point with regards to why we offer the brackets with fixed settings. Very early in our testing (back in 2014), we toyed around with adjustable, replacement links, but determined that they weren't the right solution for lowering. The reason being is that, when making changes to the armature, the resulting affect on the software happens exponentially. As a result, if one were to make a small adjustment to the links which is incorrect (or if the corners don't properly match), it could have a significant result on the suspension heights, potentially causing damage to the car (we've seen this happen before, where a car maxed out the OEM air spring and shock travel and caused damage to the spring due to over-inflation; we've also seen the opposite, where a car was lowered incorrectly, causing the car to "crash" over every undulation and bump in the road due to minimal-to-no shock travel). With our fixed position brackets, a consistent, virtually error-proof, optimized height is achieved.


The original "low" version of our suspension brackets is roughly a 1 3/4" drop across the range. Have a look at the diagram below for reference (you may have to view it full resolution to see the variances): 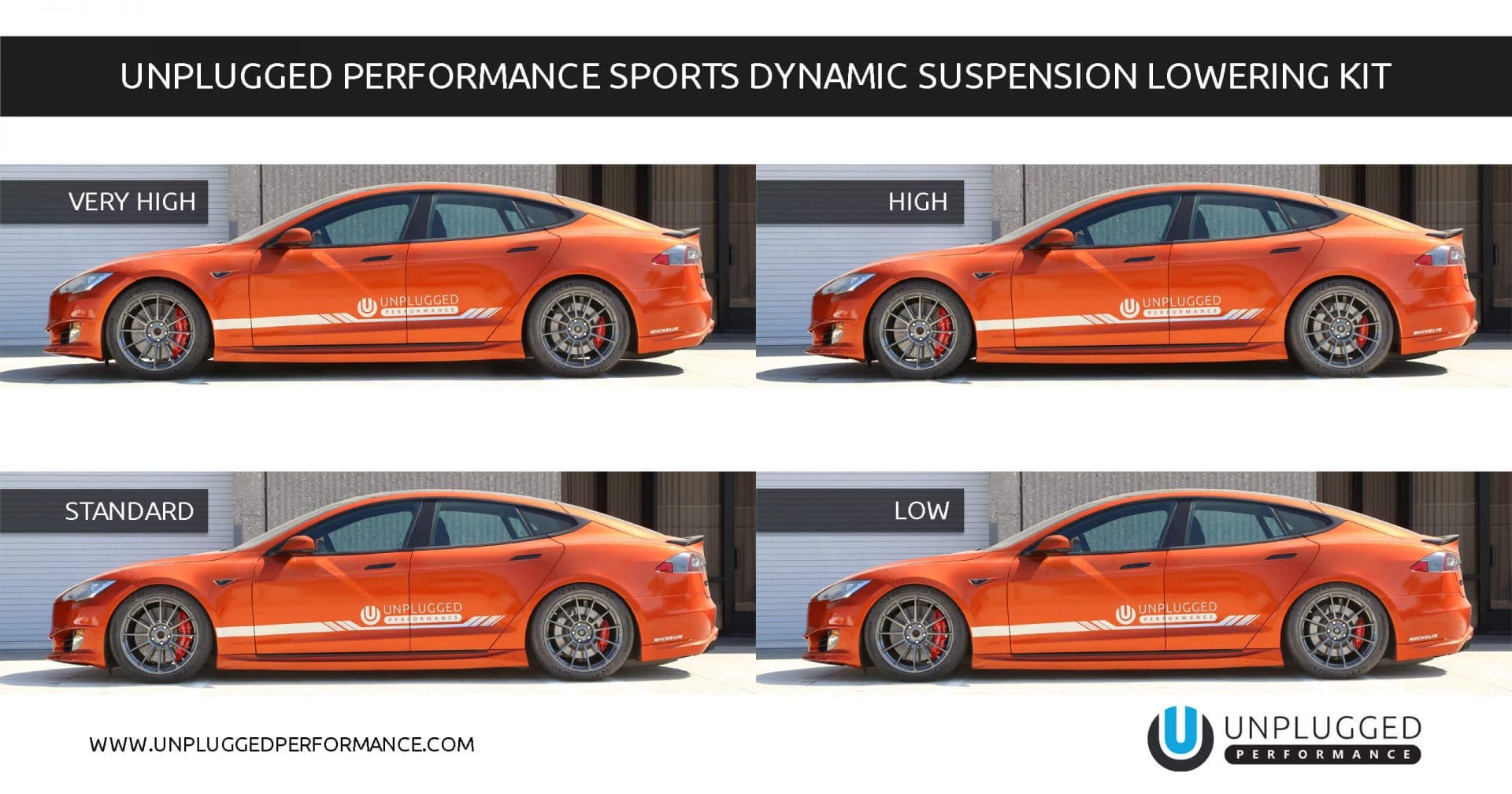 If anyone has any specific questions on modifying their Tesla, please don't hesitate to PM, call or email us!

Lastly, thanks again to DA808EV for the purchase and the kind words!!
Click to expand... 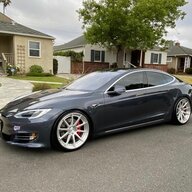 @UnpluggedP did you ever offer a "moderate" version of the lowering brackets for Model S? I just got mine a couple months ago and wish the "Low" setting were just a liiiitle bit lower (like maybe 1" lower max) - but from what I've seen the drop is much more than that.

The product page (Sports Air Suspension Lowering Kit for Tesla Model S - Unplugged Performance) doesn't mention a choice between moderate or low - so I figured I'd ask, just in case! 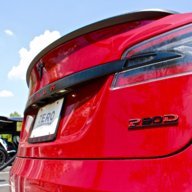 @UnpluggedP did you ever offer a "moderate" version of the lowering brackets for Model S? I just got mine a couple months ago and wish the "Low" setting were just a liiiitle bit lower (like maybe 1" lower max) - but from what I've seen the drop is much more than that.

The product page (Sports Air Suspension Lowering Kit for Tesla Model S - Unplugged Performance) doesn't mention a choice between moderate or low - so I figured I'd ask, just in case!

Thanks @Tech_Guy - maybe I should gauge interest in a moderate option to try to get UP to make a batch of those. Maybe a group buy or something... ‍

bwherry said:
Thanks @Tech_Guy - maybe I should gauge interest in a moderate option to try to get UP to make a batch of those. Maybe a group buy or something... ‍

Moderate might be perfect for me as well...
C

I have the lowering brackets 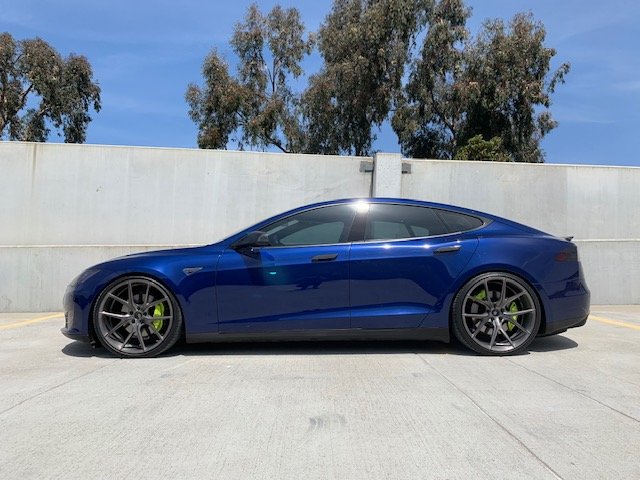 Thanks @colindo1990 - that stance looks perfect to me, but I would want that to be the low setting, not standard.

I actually got in touch with Unplugged Performance about the possibility of a "moderate" version of their lowering brackets for Model S, and I got this response: "I can let you know tomorrow what we can do. We might not have some "moderate" brackets in soon, but we can maybe make one custom for you." That was nearly two weeks ago though. I've emailed back a few times since but haven't gotten a response. I'll keep trying...

Looks sharp, though I would not want to give up the highest high. You never know when you might need a little extra height. How have the 21 inch tires and rims worked for you?

Hey @colindo1990 - if and when you have a chance, could you measure ground-to-fender when your car is at the very high setting? I measured my (stock) car at the low setting this morning and it was 29" ground-to-fender (front, and 29 1/2" rear) and around 1" lower (so your standard, at 28") would be a perfect stance IMHO - I just wonder if the very high w/ the lowering brackets installed would high enough to clear parking blocks, steep driveways, etc.

Many thanks in advance!

if you get the unplugged brackets, low would measure 27.5 inches, standard 28 inches

whatever your very high setting, just minus 1.5 inches

Thanks @colindo1990 . Seems like the low setting isn't all that much lower than standard, eh? Do you have your auto-lowering set to go down to low at a certain speed, or do you just stay on standard? Just curious...
C

My setting speed to "standard" is always
Reactions: bwherry