Can tesla be broken into/ open with a key fob repeater?

A person in a neighboring area made a post on Nextdoor (with screenshots from their sentry mode) that their tesla was opened while it was charging at a local library overnight. They are claiming a locked Tesla (2021 Model Y in this case) can be opened with a key fob repeater. The post on Nextdoor says "He took all my belongings. We already file a police report and informed our insurance. Be aware if you park / charge your car over there. And don’t leave your car over there."
The owner also states in one of the comments, "Doors were locked and everything was safe, I have the application and I see when the doors are open. As soon as he opened the door my application notified me - it's not too expensive to have a key fob repeater- I watched so many youtube videos and now I know that's not a hard task to steal from tesla !" Also, he added, "yes all doors were locked and everything was safe when we left the car, you know tesla application will let you know if u let a door open or window. So he used whatever that could mess up the system and enter the car as if it's his own car! That's why tesla’s alarm Didn’t go off .. we will talk and claim this to tesla and investigate what's wrong with their security !"
Since the owner provided the screenshots from "events" on the sentry mode, I am leaning towards him telling the truth. I know that library/charging spot well and chances are the owner's residence and the tesla key were not even within 300 feet of the car. I have searched online and was only able to find a few articles about using traditional keyfob relay attacks to steal/open teslas but these were mostly describing incidents regarding model S/X. I also read that Tesla has since pushed more crypto updates for the keys. I haven't seen any news about model 3 or Y been affected by this.
In the screenshot, a thief is holding some white rectangular device (about 3x3x1 inches) in one of his hands as he opens the door with another hand.
Is this possible, assuming the owner tells the truth, and the car was locked and with an active alarm? If so, what can be done to stop this? Does anybody know a tesla owner who had the same happen to them?
I already set up a pin to drive and for the glove compartment on my car. I don't leave anything in the car but still...
Unfortunately, I cannot reach out to the owner since this is outside of my neighborhood on Nextdoor.

Yes I believe it can be done and Tesla pushed out somewhat of a solution, pin to drive. I guess your stuff can still be stolen out of the vehicle but at least your car won’t be stolen
••• 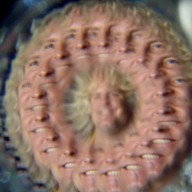 What location did this happen? At Boulder library?
•••

Jethro said:
What location did this happen? At Boulder library?
Click to expand...

is their collection made up of stone tablets?
Reactions: TheFuturist
•••

Will pre-refresh MX key fobs work with new car and is it possible to open fwd w/ phone app?

Deleted keyfob from car, but its still paired to the car